Well guys, it was my first day back today!!  Weirdly I wasn’t even dreading it.  I used to get a feeling of dread a couple days before the end of a long vacation.  I’d just picture myself going into work and sitting down at my cubicle and somehow that brought me dread.  This time I didn’t want to go back exactly, but at least I didn’t feel paralyzed with anxiety for the whole weekend beforehand.  I’m wondering if it was because instead of imagining going into work, I imagined going into my basement where my desk is.  Hmmm perhaps there is something to that.  Or maybe it’s the fact that I’m constantly a ball of dread and anxiety lately so what’s a little more dread?

Or maybe it was just that a weekend of board games and hanging out with the little ones overshadowed my dread?  Julius was so cute this past week.  He was constantly “snug-a-bugging” me.  “Snug-a-bugging” is where Julius snuggles up against you saying “I’m gonna snug-a-bug you” and gives you hugs.  He was very nice to Patricia too.  She adores him, and thinks pretty much everything he does is hilarious.  The more unexpected and surprising the better.   I like to “talk” for Patricia and voice aloud what I imagine Patricia is thinking.  For example, “Patricia thinks you’re so funny Julius.  She says, ‘Julius why do you have that sock on your head?'”  My commentary and interpretation of Patricia’s silly sounds confuses Julius a little bit and he frequently asks me, “does she talk?”   Sometimes though he goes along with it and answers her.  The other day he was very excited and shouted, “MAMA THE MOON IS OUT!”  This was surprising because it was the middle of the day.  His wild gesticulations at the moon caused Patricia to have a very confused look on her face so I replied, “Patricia is wondering what a moon is Julius”.  He instantly responded, “well Patricia, a moon is when you go to sleep.”

Well I feel like it is only fair that since we showed you Patricia’s room, we’ll show you what Julius’ big boy room looks like now!  For comparison, here was the original layout. 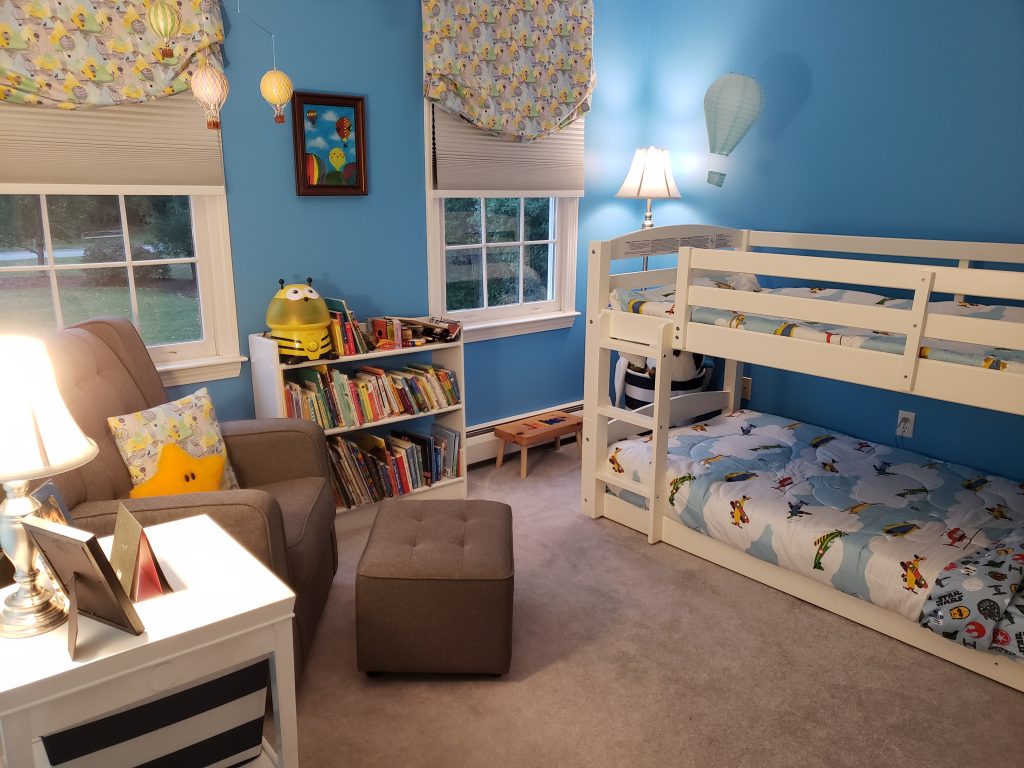 Door view of his room. No more changing table or crib! 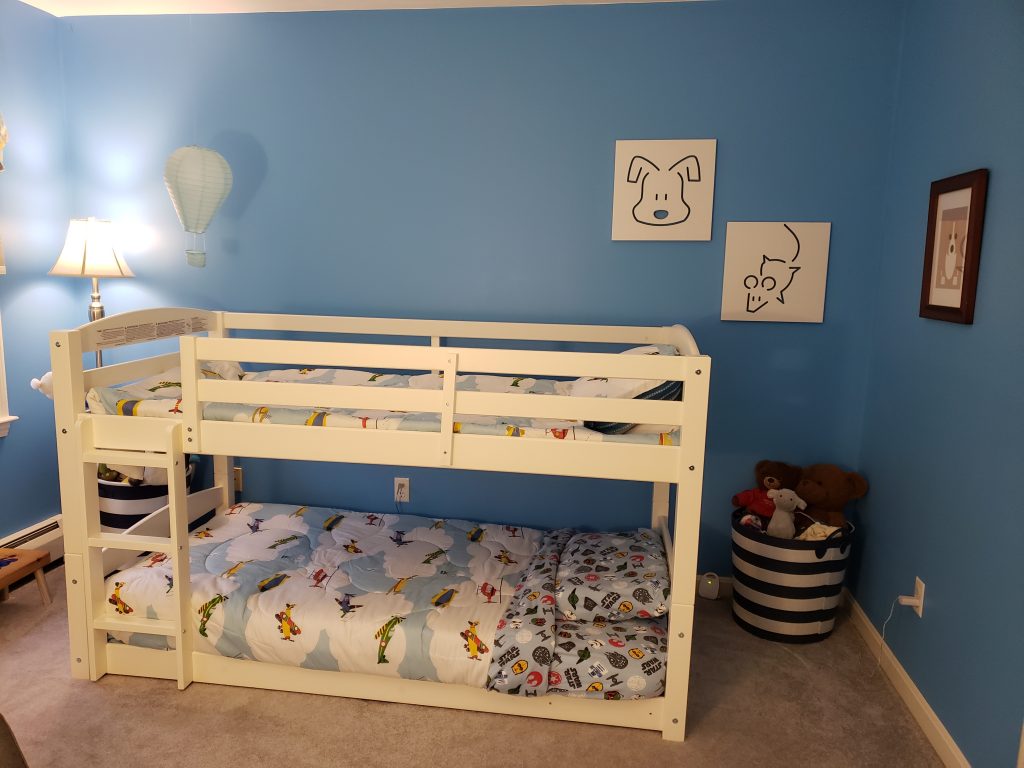 Julius got a big boy bunk bed! He likes to alternate where he sleeps for bedtime and naps (on the rare occasions he takes those). 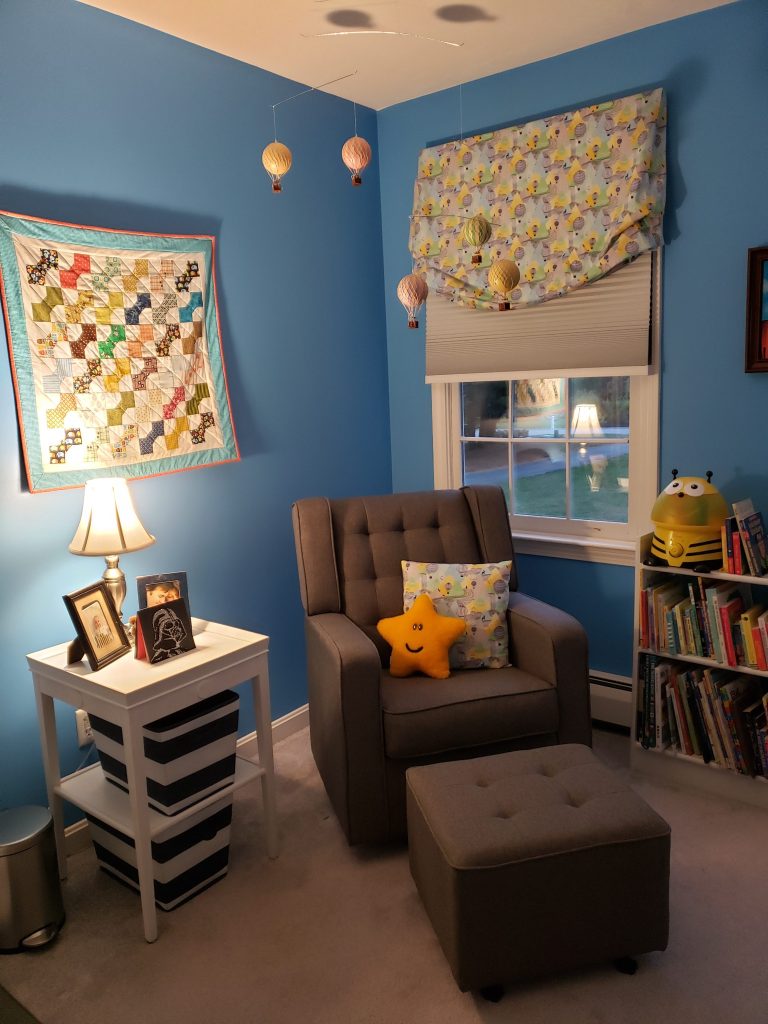 We moved Julius’ reading nook to the window and we moved the mobile from over his bed to over the chair. I think it’s still cute and I’ll probably leave it up until he thinks it’s too baby-ish

This entry was posted in Home Improvement. Bookmark the permalink.