Let me tell you about nightmares

Julius has been struggling with nightmares lately.  Will just told me that every night before bed Julius asks, “Dada, will you take the nightmares away?”  To which Will responds, “of course”.  Will later said to me “what kind of father wouldn’t take away their child’s nightmares?”  Definitely not one even close to as good as you babe.

Speaking of nightmares and fatherhood, Will is getting ready to be a dad to baby number 2.  Which means I’m carrying around baby #2.  We’re really excited.  Though talk about a nightmare in terms of stress…  We found out I was pregnant 2 weeks before the outbreak started to flare in the US and I have been stressed ever since.  I’m a naturally stressed out person, even though I work really hard not to be (oxymoron?).  Unfortunately, this is a whole new level of stress.  Will, Julius and I haven’t gone anywhere, with the exception of me, who has only gone to and from pre-natal appointments.  My first pre-natal appointment was the first time I’d left the house in two weeks and I almost had a panic attack in the waiting room from anxiety.  When they got me in to check my vitals they told me my blood pressure was really high and I told them honestly that it was because I was terrified.

There is already so much to be terrified about during pregnancy, that lumping a pandemic into the mix is downright shitty.  We’re really lucky that both Will and my jobs allowed us to work from home before, during and after stay-at-home orders were mandated.  Both companies will even continue to allow working from home through the end of the year.  On top of that, even before telling my co-workers I was pregnant, they all backed me up on being ultra-paranoid.  Many of them are doing the same thing.  And the best part?  My anxiety has gotten better.  I’m used to this weird parallel universe quarantine situation where I leave packages in the garage for 72 hours before touching them, strip down and shower whenever I come back from a jaunt in the contaminated outside world, and our only contact with neighbors is by shouting at them from across the street.  I feel pseudo-safe and content, like I’m living on a spaceship.

The problem now is that the economy is opening back up, everywhere.  Cue the return of anxiety.  The distressing part is that we all know the economy is not opening back up because we’ve kicked the pandemic in the butt, but because the current establishment doesn’t want to lose the next election for bringing about an economic depression.  But even though many people know not to trust the establishment, they are getting antsy.  They want to see their extended families.  They want to play with their grandchildren.  They want to leave their houses and go to a park with their children.  They want to bring their children back to daycare so they don’t have to juggle 8-9 hours of work a day with 12 hours of half-assed childcare.  I want all those things too, but I’m not ready yet.  I want to just stay in my spaceship with my two fellow astronauts until someone finds a vaccine.  Please just let us stay like this and don’t make us leave the house without a spacesuit, I really can’t handle any more stress.

One of the bonuses of being at home in my spaceship is I’ve started working on theme weeks for Julius.  We did crafts and activities about rainbows for 2 weeks in honor of pride month and now we’re onto dinosaurs.  Space and underwater will come next.  For Father’s day we paused the rainbow crafts for a day so Julius could help me make Yoda cards.  They came out so darn cute.  I haven’t seen this one before so thought I’d share it.  I tried to get Julius to put his hand print down in the ASL sign for “y” but he couldn’t do it.  It was kind of adorable.  We settled on painting just his pinky, thumb and palm and pressing the whole palm flat.  This worked great. 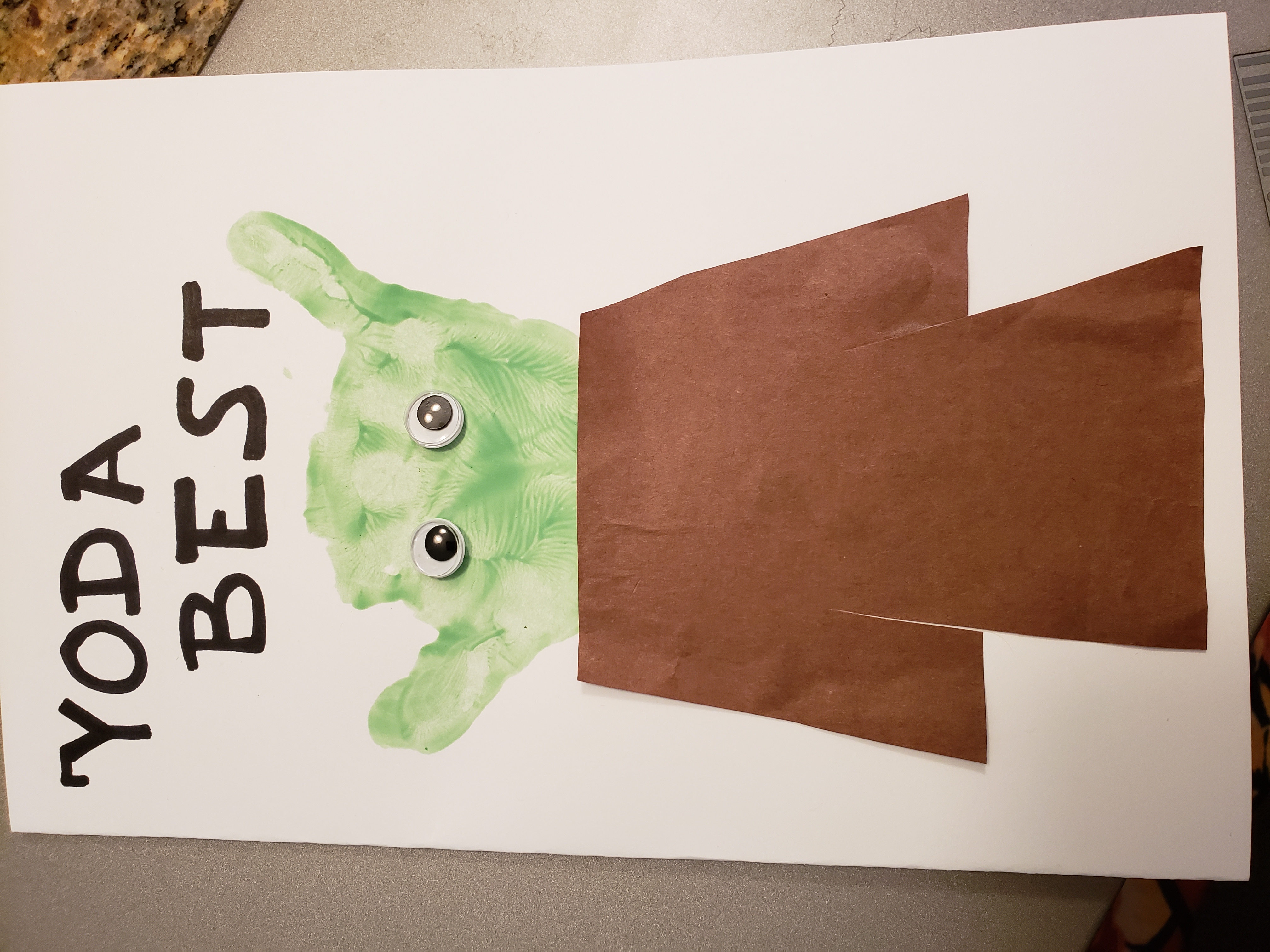 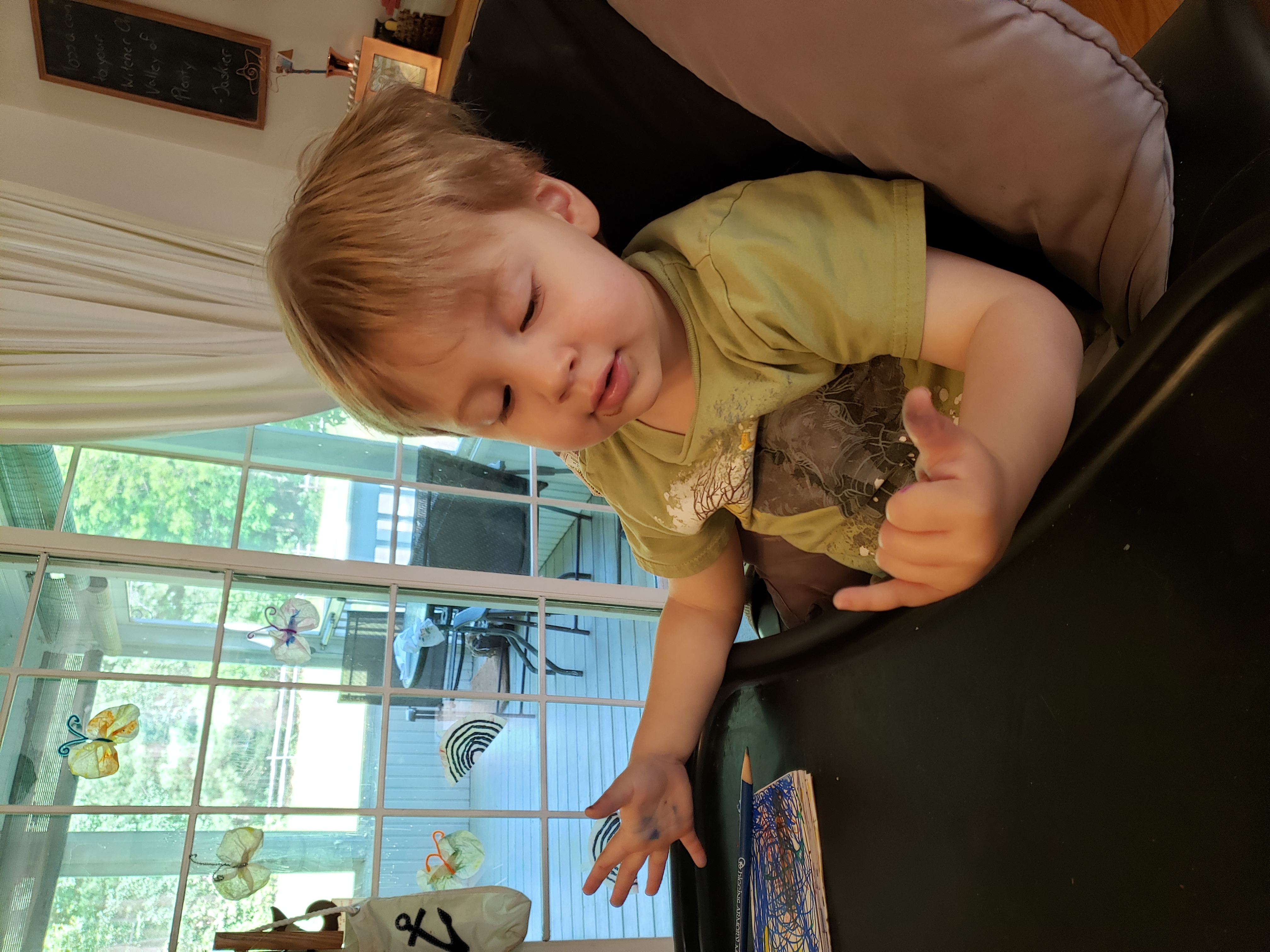 Julius was trying out the failed technique that we tried first. He had a lot of trouble keeping his fingers in the “y” shape. 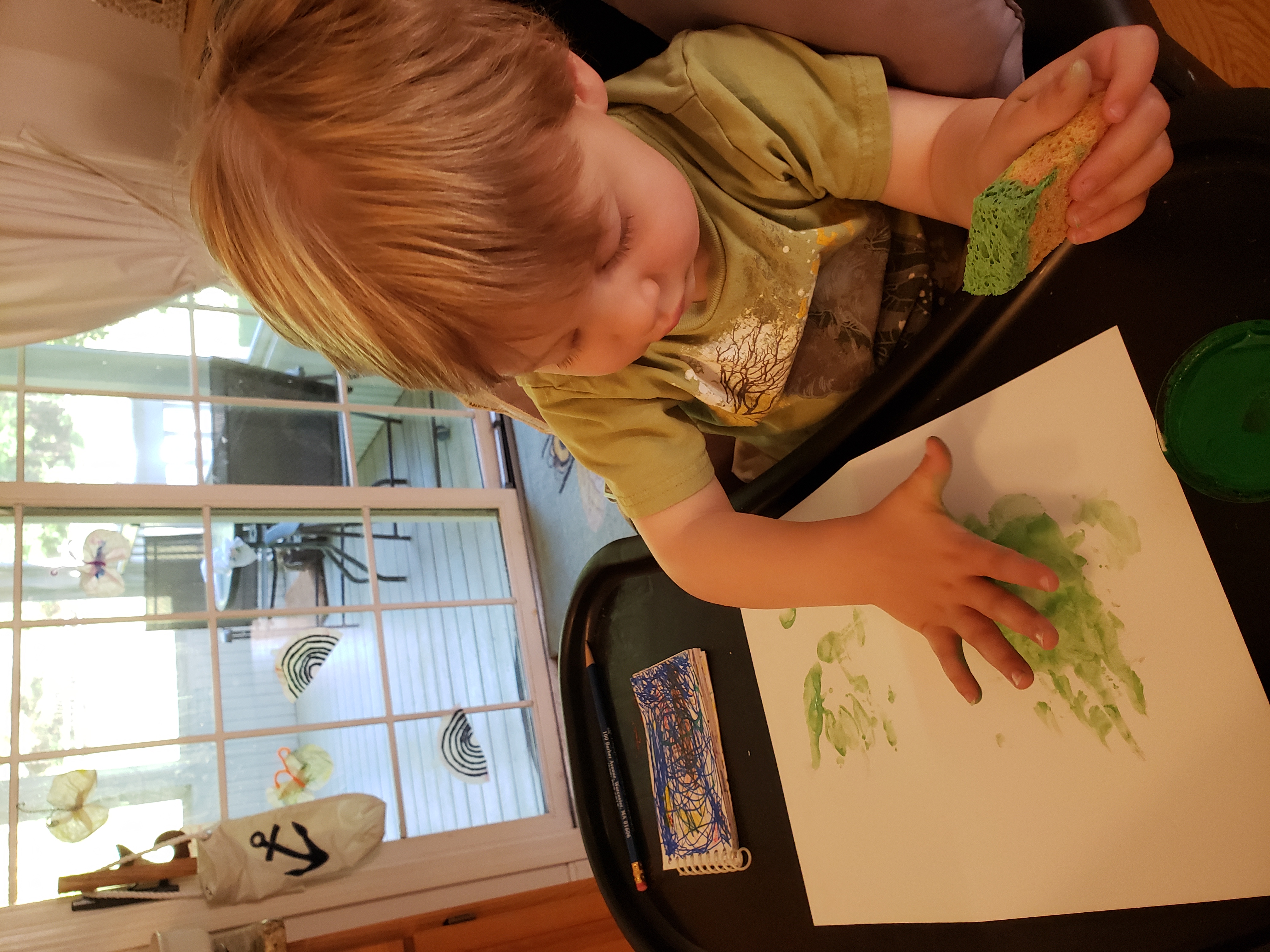 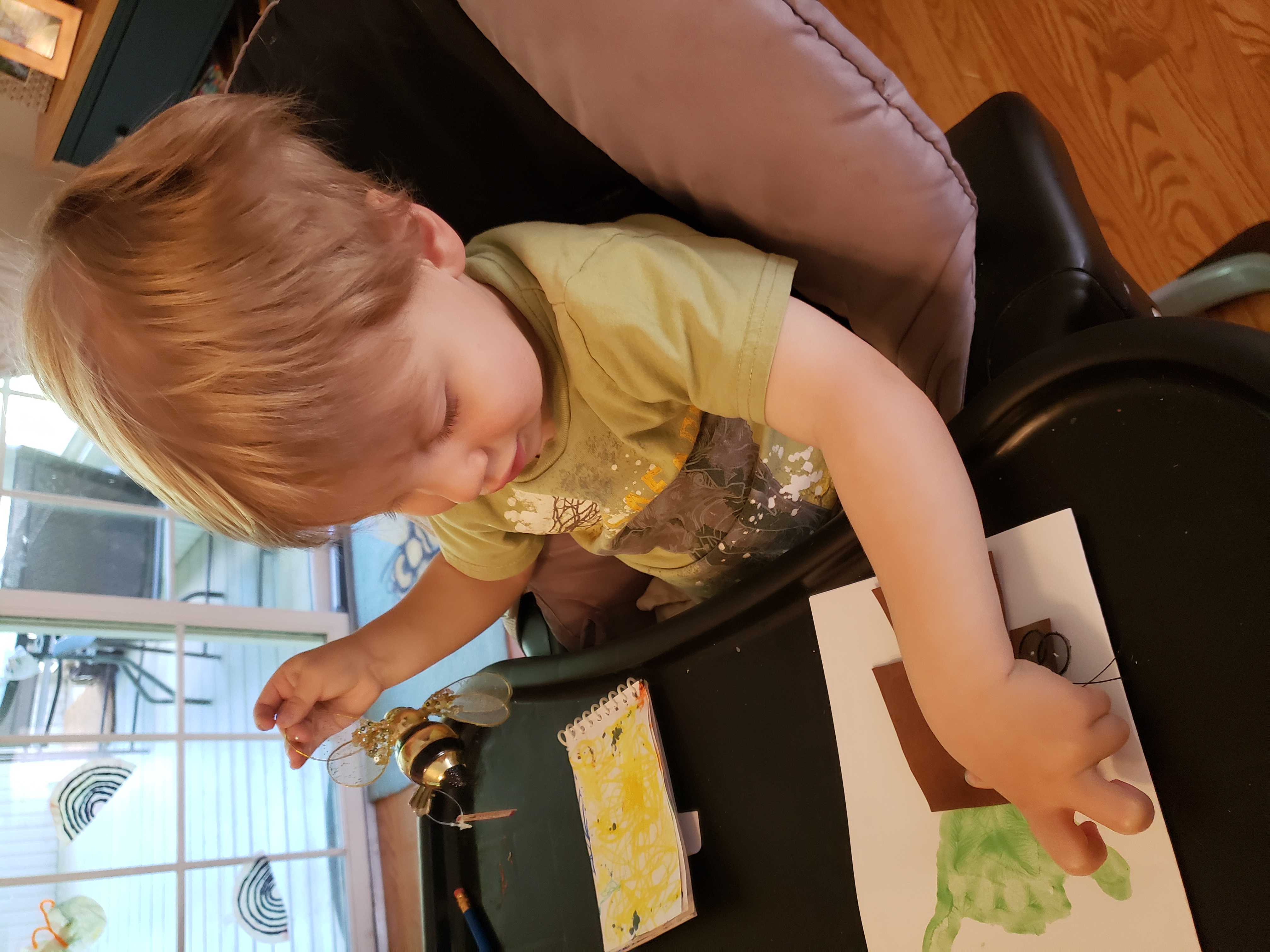 2 Responses to Let me tell you about nightmares