Well, dino week was a disaster.  Remember how I mentioned I’ve been doing themed weeks for Julius?  Last week was supposed to be dinosaur week, so I bought him a bunch of plastic dinosaurs and came up with a bunch of activities that utilized them.  The week started off okay.  On Monday we played with Julius’ magnetic dinosaur set and then Julius told me he wanted to fly.  So we made an impromptu pterodactyl cape and danced around to “Dinosaur Stomp” and “We are the Dinosaurs”.

Tuesday I brought out the “dinosaur dig site” I’d created out of some kinetic sand we’ve had for a while and 2 of the giant plastic dinosaurs.  I covered them up with just two tiny bumps sticking out and he stared at the sand warily.  He wanted to know what was sticking out.  I told him they were dinosaurs and I explained what paleontologists are, then told him he could dig them out to find out what kind they were.  (The dinosaurs came with a neat book with dinosaur facts and to identify the dinosaurs in plastic form and imagined prehistoric form.)  He started digging the first one, and unintentionally his shovel (spoon) scraped off some of the second dinosaur. He freaked out!  I don’t think he realized there were two different dinosaurs.  He basically refused to dig after that, and was terrified that they would jump out at him.  I tried a lot of different tactics over the next 3 days and managed to get him to dig one dinosaur out.  He was really excited with the dinosaur after he got it out of the sand and even took it to bed with him, but he refused to dig the second one out.  Finally, while he protested for me not to, I dug the second dinosaur up this past Saturday and gave it to him.  He went to sleep with this plastic dinosaur too. 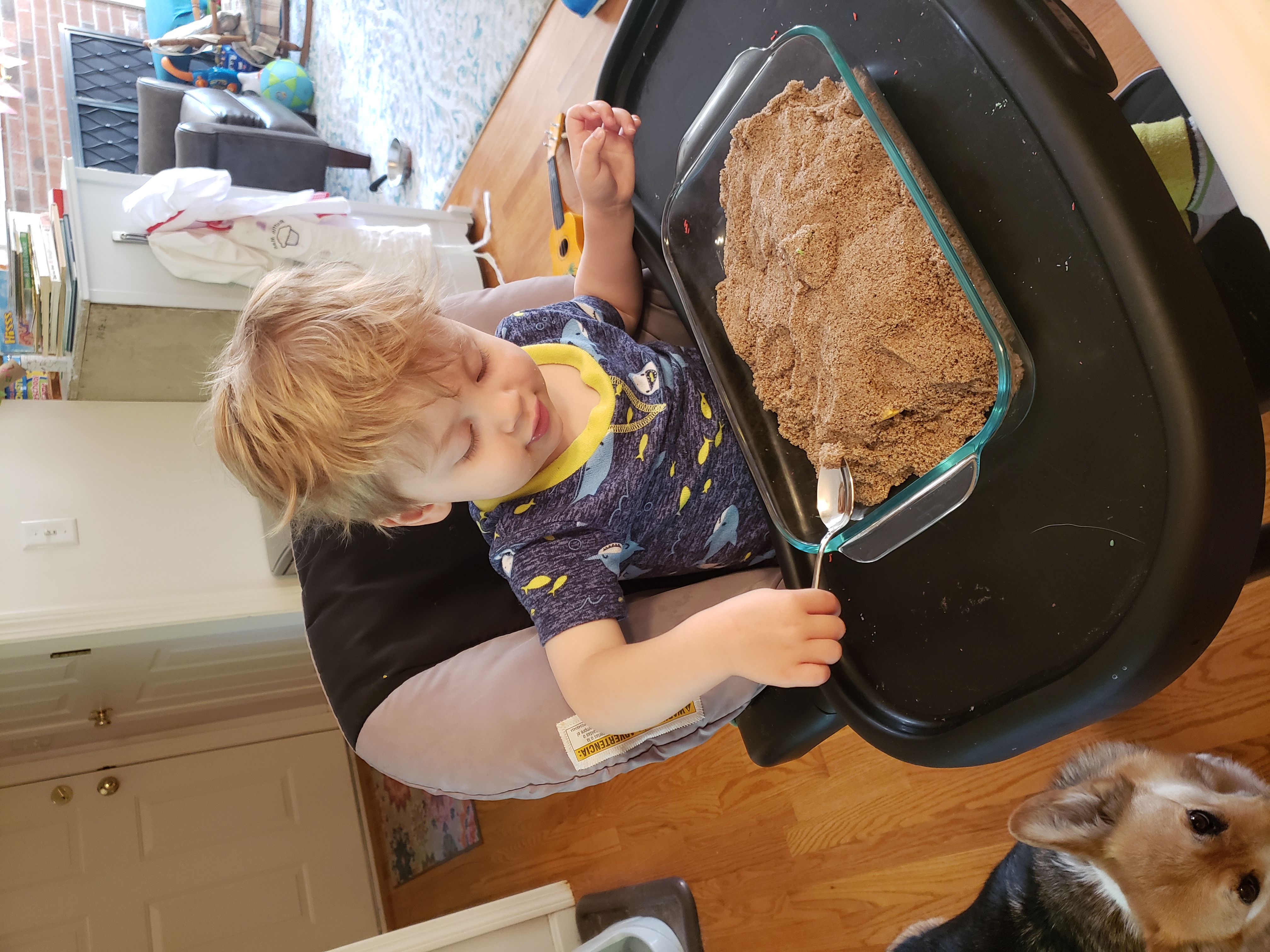 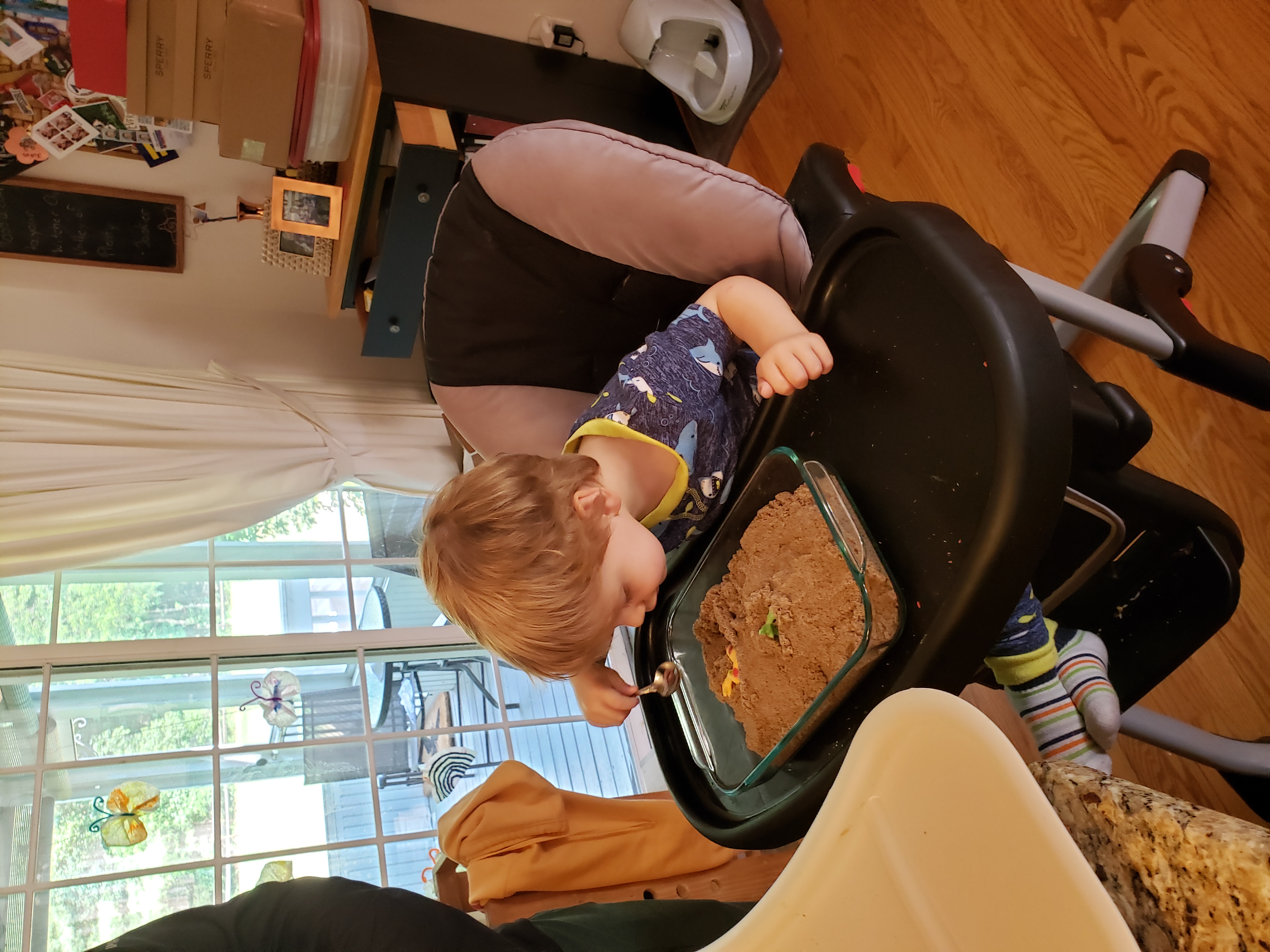 What have we learned?  Julius is terrified of things hiding in sand.  Not dinosaurs themselves.  He hasn’t read Dune or anything yet to my knowledge, so I think he’s pretty smart.  Who knows when a sandworm might jump out of the playground.  We can also take away from dino-week that Julius loves stomping around like a dinosaur.  Plus the pterodactyl wings worked out great!  You can make some yourself too (for you or your child)!  I made these in about 10 minutes, with Julius watching/helping. 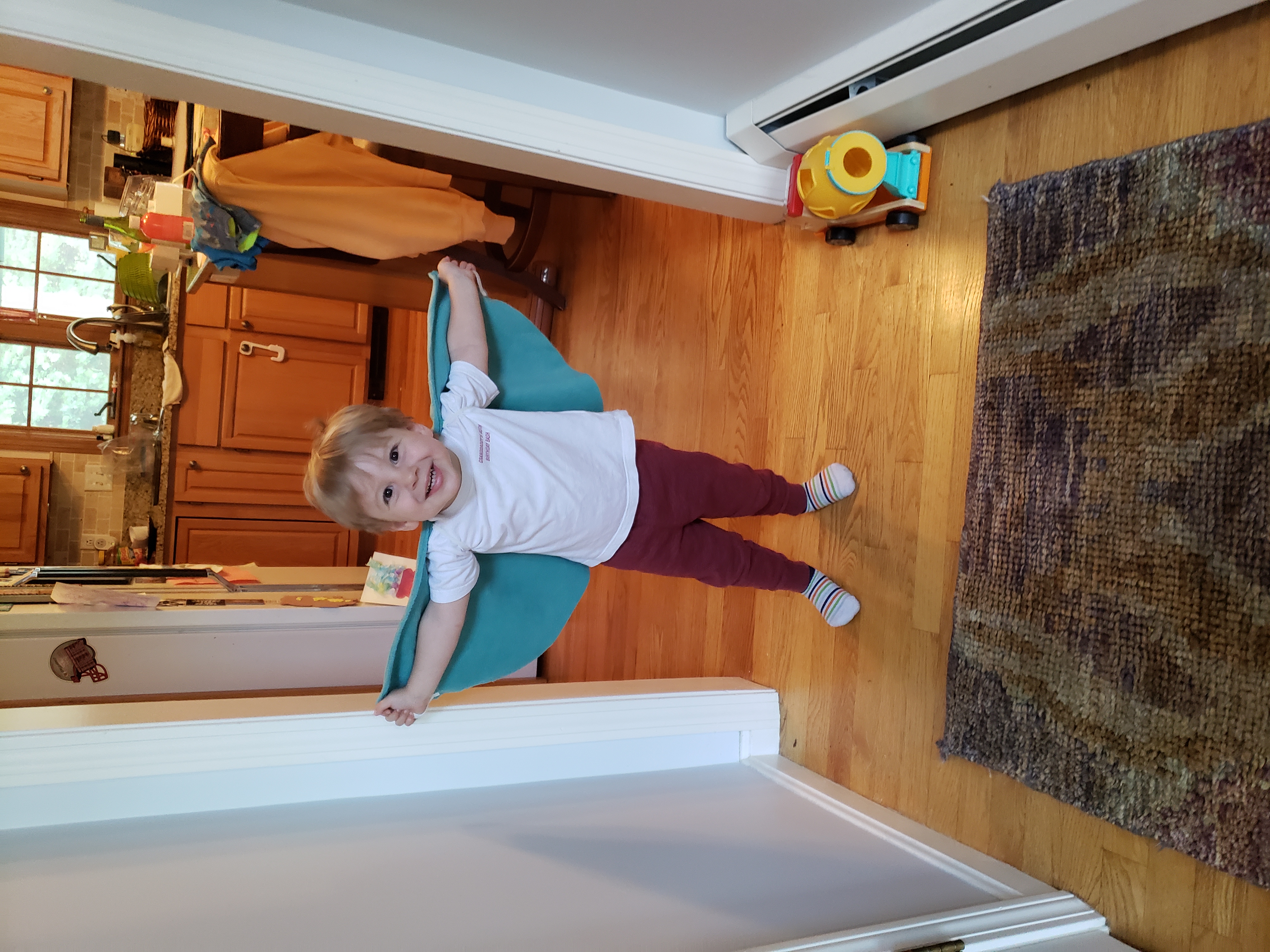 Spread those wings and fly