We just got out of a Southwick’s Zoofari.  Julius had a lot of fun, though he told us he wanted to go back and get a closer look at the hyenas… about 45 minutes after we’d passed the hyenas.  We promised him we would go back someday and see everything up close.  For all the baby animals he said “I bet they love their mommy”.  Which was pretty adorable.  Also speaking of mommies, we were showing Julius some of the equipment for the new baby and we asked him if he remembered drinking mama’s milk,  He said “yeah”.  Then we asked if he remembered drinking milk from mama’s boobies, and he said outraged, “no, not from boobies!”  He might be a little surprised when the new baby comes.

So for a while I’ve wanted to make wrapping paper from the recycled paper I save from packaging.  I usually use the paper to make patterns, because it’s really heavyweight paper that works well for drafting.  Unfortunately, we just get too darn much of the packaging to use for just that.  We’ve also been using it for projects for Julius, but we still have too much.  I finally found another use for Will’s birthday, by making  wrapping paper using a meeple stamp from a piece of packaging foam (it was a two in one recycling project).  It worked really well.  I am definitely going to do this again with other designs and patterns.  And just maybe I’ll make some red and green meeple paper for Christmas. 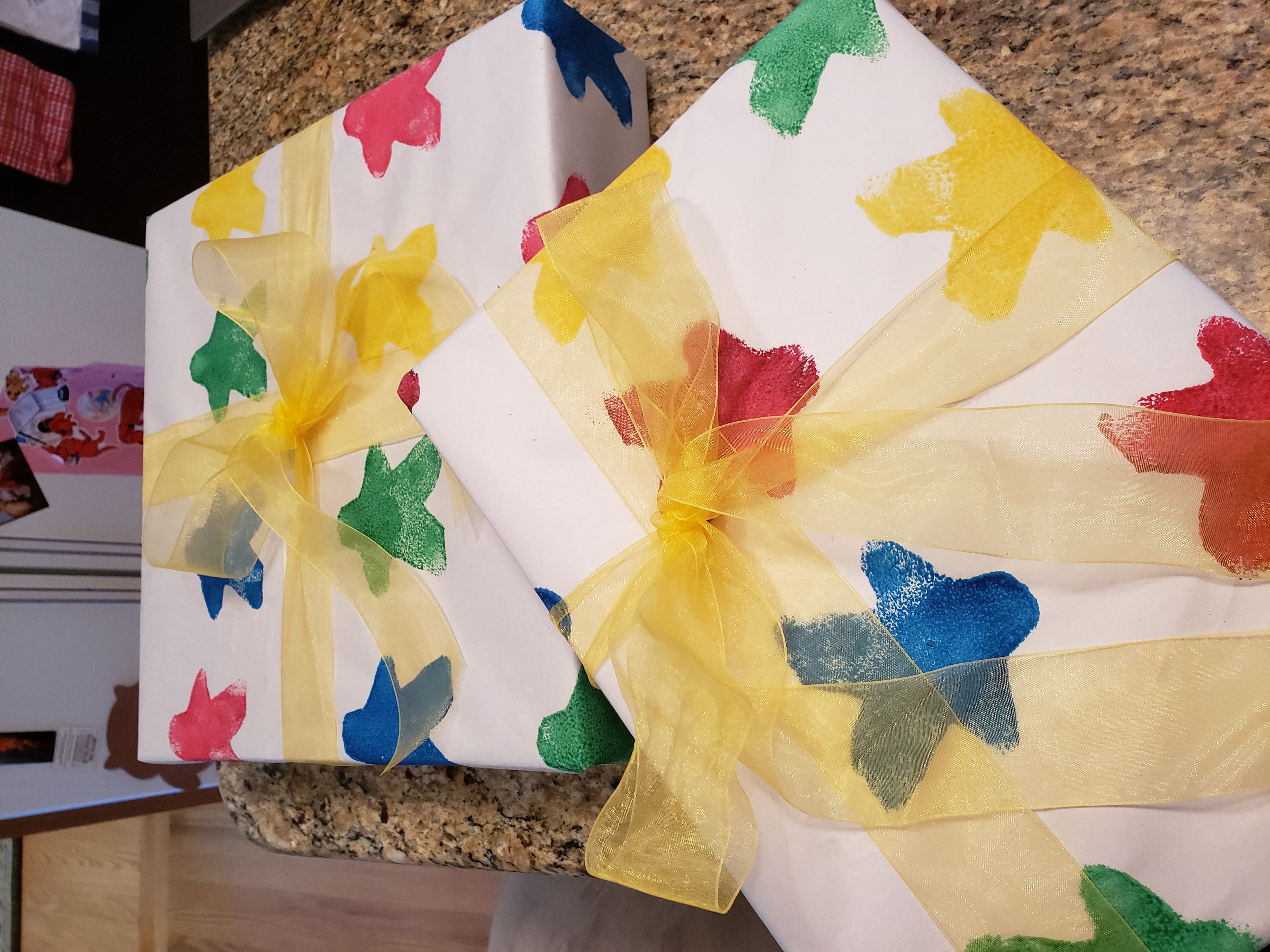