Julius has this cute habit lately of finding things around the house and giving them big hugs and telling them he loves them.  It is really adorable and makes me so happy.  Some recent examples;  “I love you snake [maternity] pillow”, “I love you bee [humidifier]”, “I love you bug [bathtub toy]”.   The snake pillow was especially helpful because now I know what to do with that giant pillow after I have the baby!  Throw a slipcover on that thing with eyes and a tongue and -bam- it’s a snake.

I hope Julius likes his new sibling as much as he likes all these inanimate objects!  He’s been really silly – whenever I tickle his belly he shouts “stop! Be careful of the baby.”  I guess I have said that a lot.  That’s pretty much the only time he mentions any sort of baby though, unless I have to leave in the car without him.  Then he asks if I’m getting pictures taken of the baby.  Before the anatomy ultrasound I gave Julius a hug and told him I had to leave to get pictures taken of the baby in my belly.  He cried and said “don’t leave me, I need you”.  I had to explain to him that because of the virus no one could come with me, and that I definitely would have him come with me if it was allowed.  I wonder what he would have thought of the ultrasound.  I think it would have been cool for him to see it; maybe it would have made it more real for him.  Who knows though, he’s a toddler.

Speaking of the baby in my belly, after the ultrasound we sent out gender reveals for our family members.  I don’t know how, but the first time we did this for Julius it worked great and no one spoiled anything for anyone, but this last time was a near disaster.  I won’t go into details, but let me suggest that you mail any gender reveals to people staggered at the times you want them to be opened.  We did scratch off tickets last time, which some people in the older generation were a little confused about – so we decided to go with something more obvious that clearly stated the baby’s sex.  I made 10 party crackers this time around – which I thought everyone has seen in one form or another.  This didn’t go quite as flawlessly as I would have anticipated.  I think only a couple people in the group opened them like actual party crackers – and I think I know why (see below).    Either way I guess it’s good I didn’t waste a whole bunch of money on adding tiny explosive devices so they’d really crack.  Instead the entire project was made from recycled materials and things I had on hand.  I’d like to note that these are not for the feint of heart.  Unlike the scratch offs – which were quick to make, these took me many hours to complete.  This is why I was so heartbroken that the whole secret had nearly been ruined!  Also in our letters to the family we called these Sex Reveal Crackers which is the technically correct terminology, but for the sake of anyone actually finding them on my blog I call them Gender Reveal Crackers below. 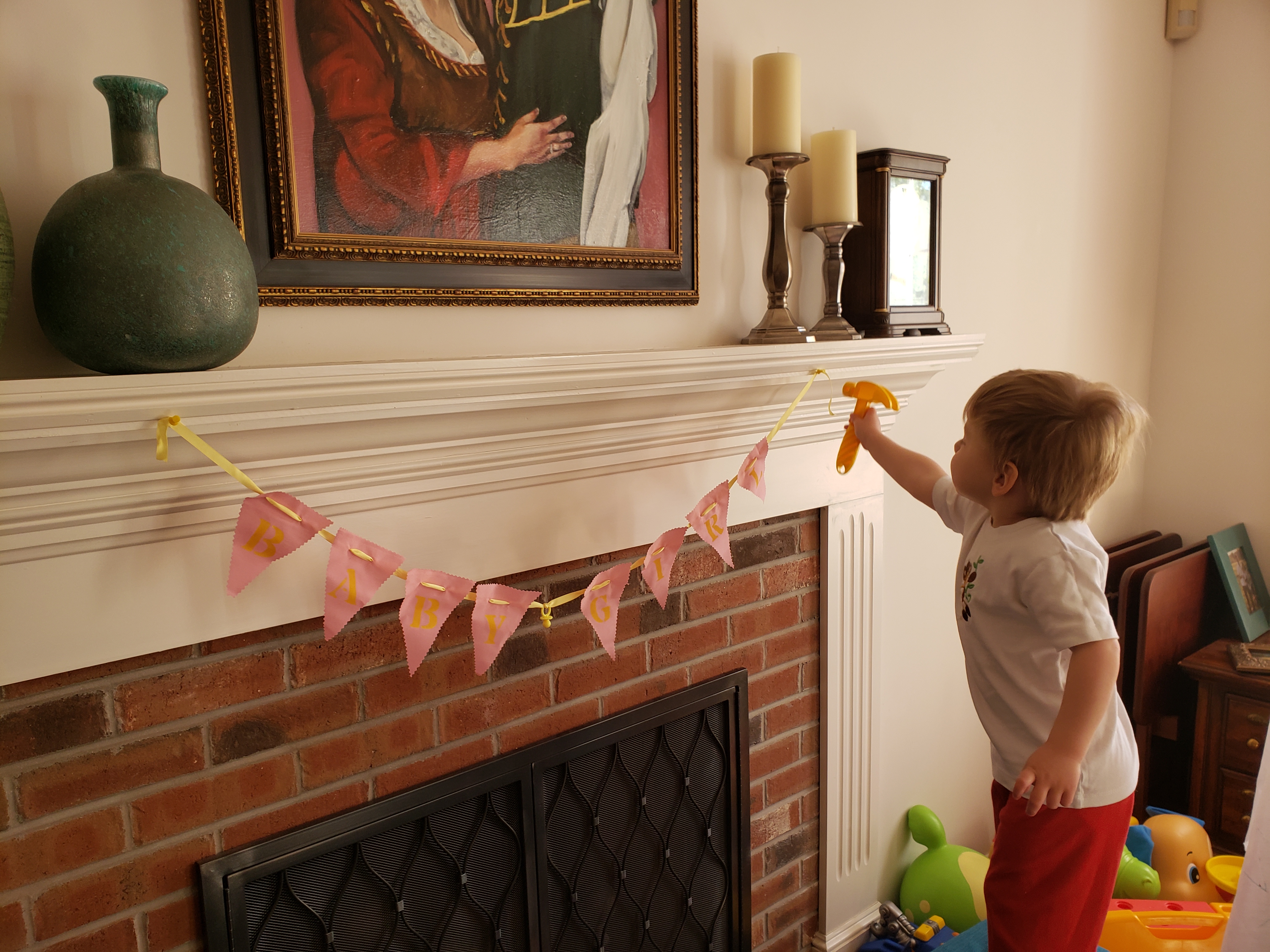 Julius helped me put up our banner. 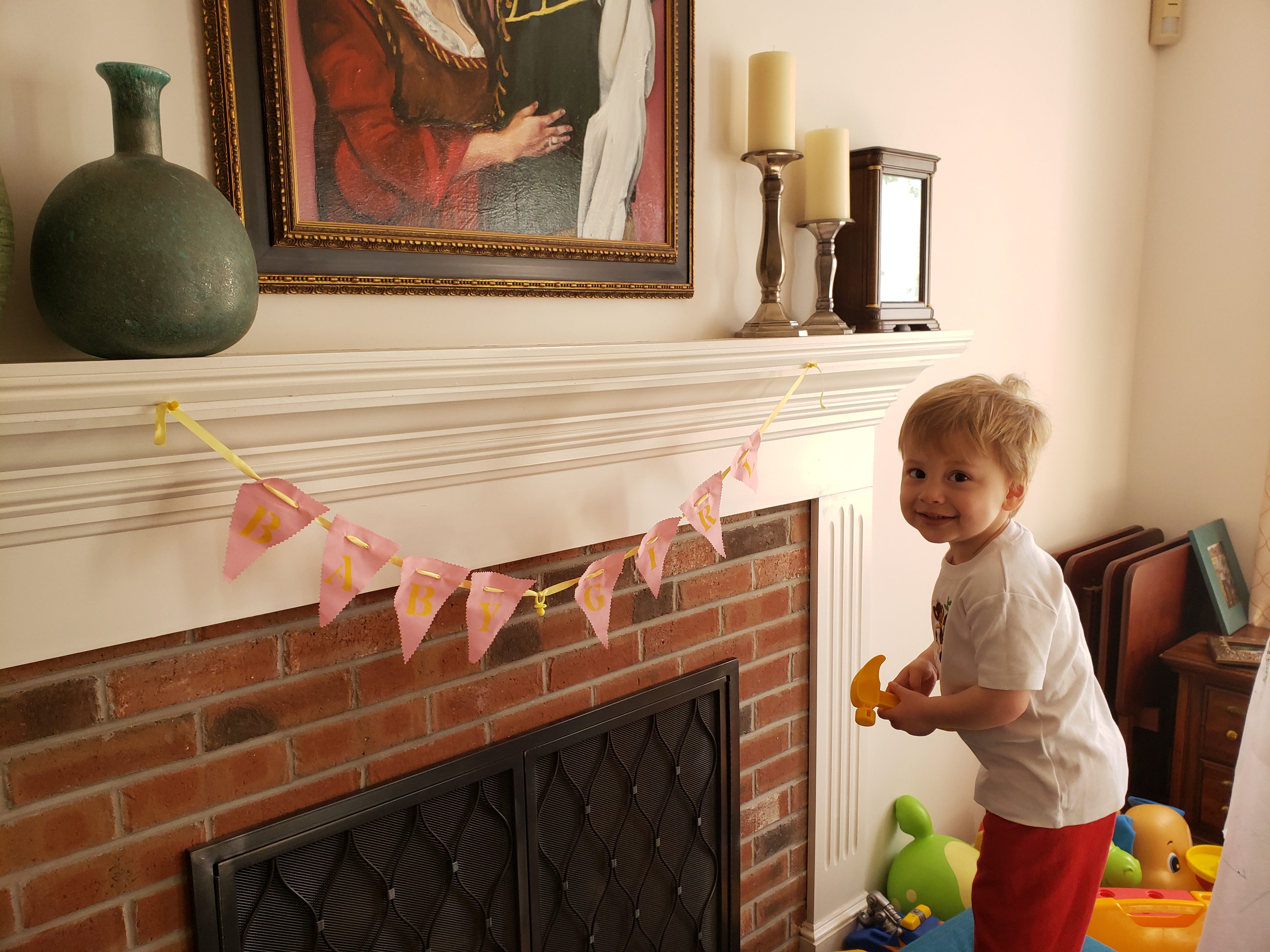 This boy is going to be a big brother! 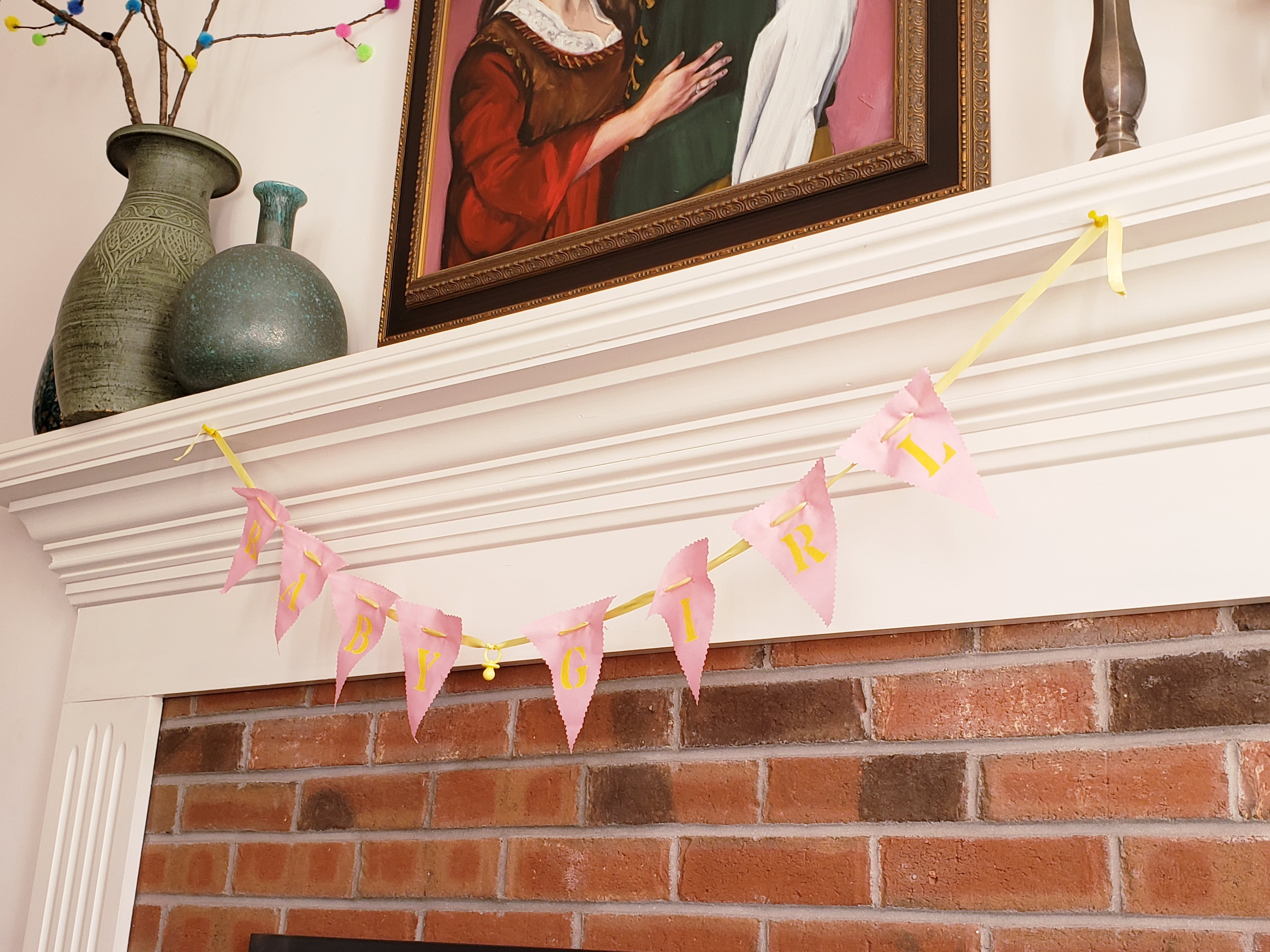 What you’ll need (for each cracker):

Finally we shipped them all off with these instructions:

If you want to find out baby #2’s sex… make a guess… then grab the ends of the cracker and pull! 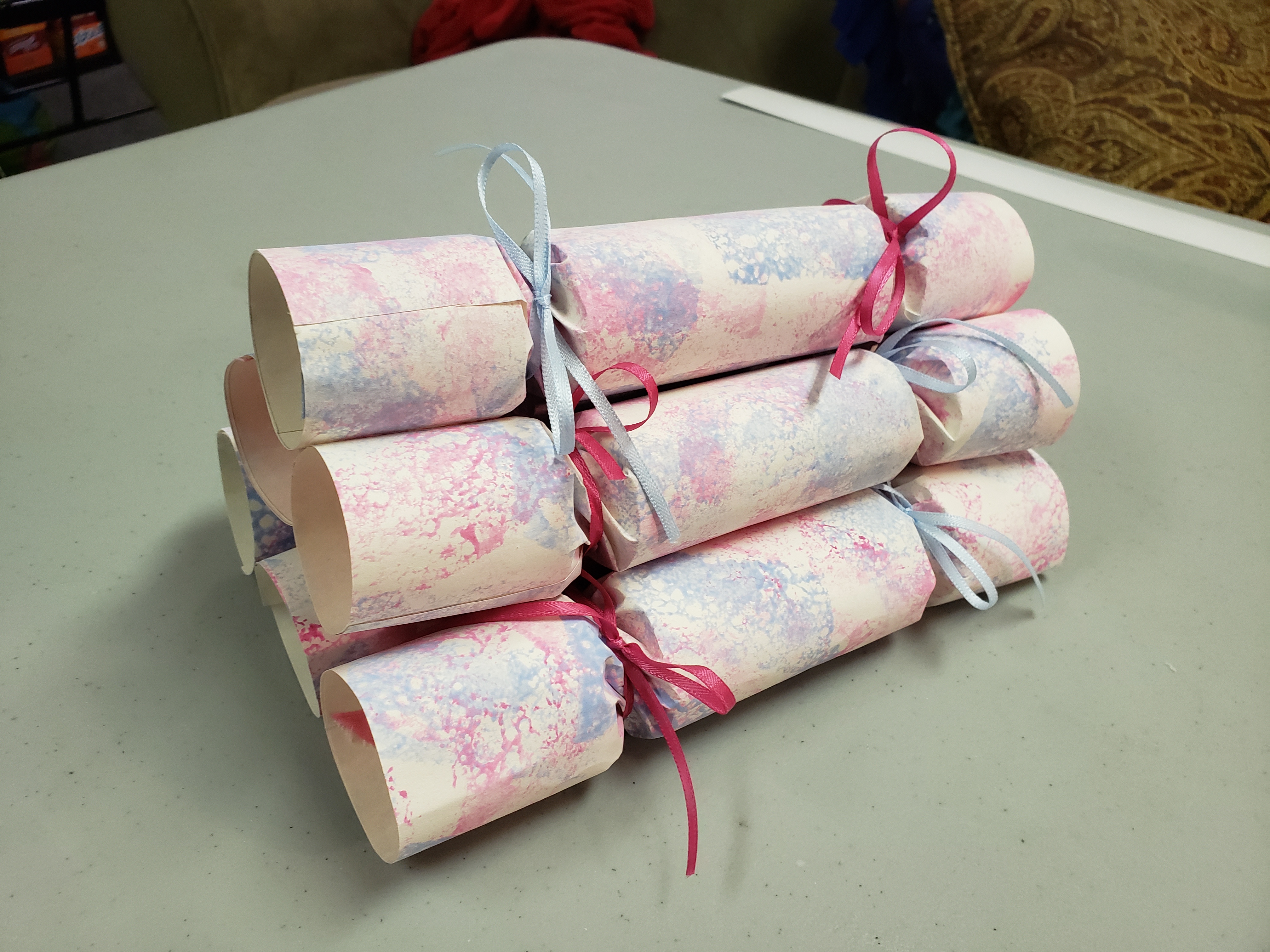