Rumbly in my Tumbly

Well I can finally tell you all about our costume this year!  When we asked Julius what we should be for Halloween he decided mama could go as Winnie the Pooh.  I asked if he wanted to be Piglet and he said, “no dada will be Piglet”.  To which I asked, then what will you be?  And he responded “Christopher Robin” matter of factly.  Which honestly made a lot of sense.  Much like last year, when I thought I’d be Princess Peach, Julius would be Mario and Will would be Bowser,  I had a different picture of what we would each masquerade as for Halloween.  I thought I’d be Pooh, Julius would be Piglet and Will would be Tigger.  The 6 foot tall Piglet though kind of made the costume.

So as you know, Julius’ drum was for his Christopher Robin costume – which honestly was just a pair of clothes he already had.  I felt better that he asked me to make him an accessory, because really, I didn’t think Christopher Robin had any accessories.  These were some of the easiest costumes I’ve ever put together.  They were almost entirely purchased clothes.  I did buy clothes that we could re-wear again at least.  Next week we’ll cover Piglet, but today I’ll cover Winnie the Pooh.

There are so many pregnant Winnie the Pooh costumes on Pinterest, and they all look so darn adorable.  This is my version.  I bought a mustard colored maternity dress on Amazon that I also wore to the sprinkle my sister in law and sister threw for me (which was bee themed).  I considered wearing it for the photo shoot we did a couple weeks ago, but at the last minute picked a different dress.  For Pooh’s red top I picked a super cheap top that was non-maternity and I could certain wear again.  The only thing I made for my costume were the ears and I included the instructions below.  The finishing touch was a dab of black face paint on my nose. 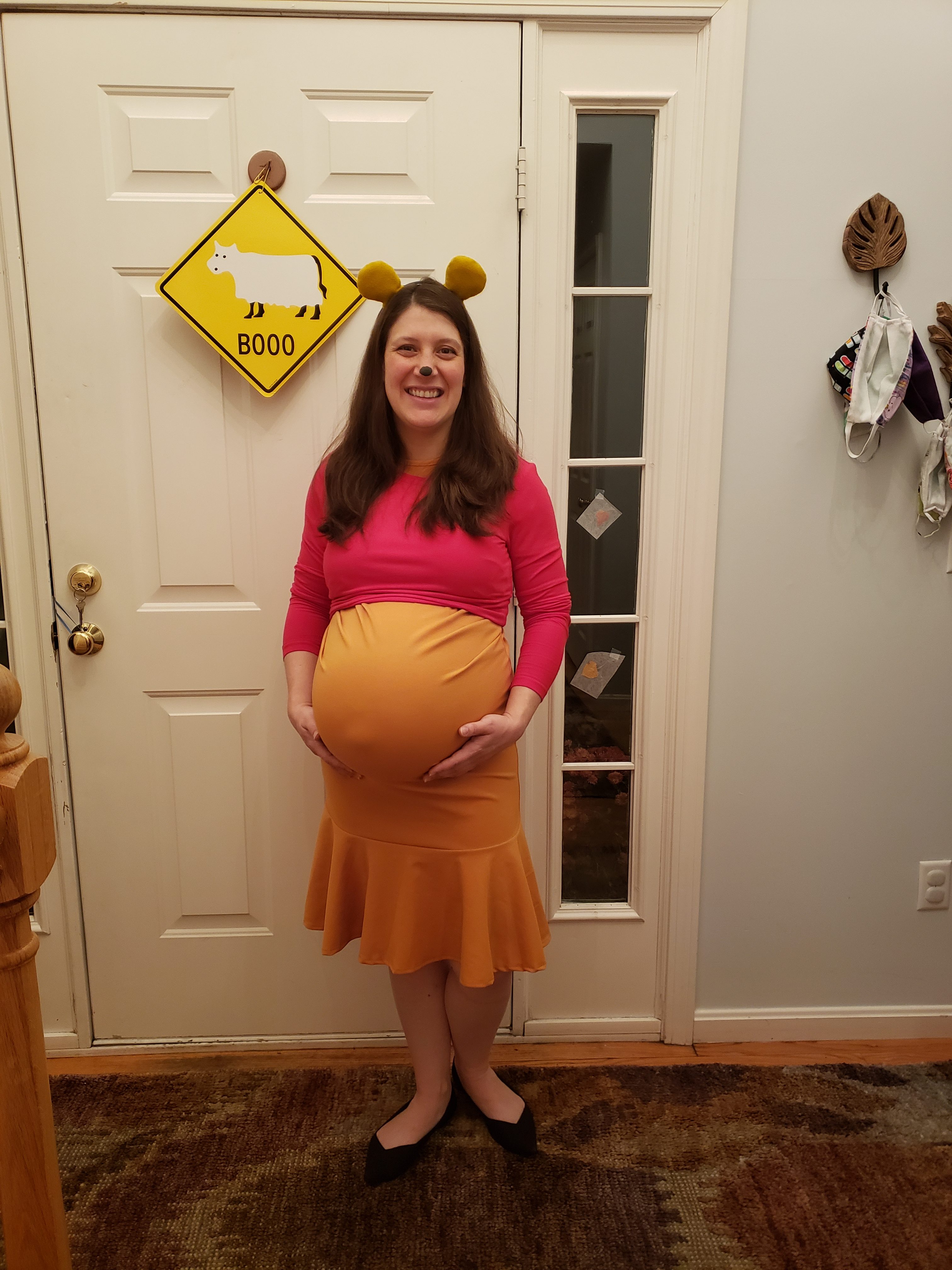 Definitely rumbly in my tumbly

2 Responses to Rumbly in my Tumbly