Well I had a lovely birthday.  Julius (and Will) made me a card that he was very proud of.  I knew he had made me a card because the day before my birthday Julius burst into the bathroom while I was brushing my teeth and said “I’m making YOU a card!” and then about faced and ran back to the room where he was making the card.  Then on my actual birthday he was so excited to give the card to me, that he thrust the card at me and said “here is your card”.  And then he shoved some ripped up circles at me and said with extreme excitement and pride “AND BALLOONS”.  Will had Julius color on a piece of paper, and he cut balloon shapes in the front of the card, so the colored in part showed through the balloons.  Apparently Julius had refused to let Will throw the cut out scraps away and insisted on coloring and giving the “balloons” to me with the card.  He was so proud.

Julius doesn’t quite understand birthdays.  He does understand that they involve cake.  I think I mentioned a few weeks ago that I made a cake for GISH and Julius kept asking if it was his birthday.  Well I made a cake for myself (because Julius would not have been convinced it was my birthday without one).  He eats cake very slowly so after I wolfed my cake down he told me “it’s my birthday!”  To which we replied that it was mama’s birthday and that’s why we were eating cake.  He looked at his plate and my plate puzzled and said “but I have cake, you don’t have cake”.  Interesting logic…

For Dada’s birthday we made a card using puffy paint!  Puffy paint was super easy to make and worked really well!  It was a bit hard for Julius to use at this age though, so I expect some more puffy paint is in my future when he gets older.  Julius told Will after we made the card “we made you a cake Dada”. Later today he was checking if the paint was dry and he told me he couldn’t wait to eat it.  That concerned me a bit, so I explained to him again that it was a pretend cake.  He didn’t seem convinced.  Maybe the real sprinkles were not a good idea. 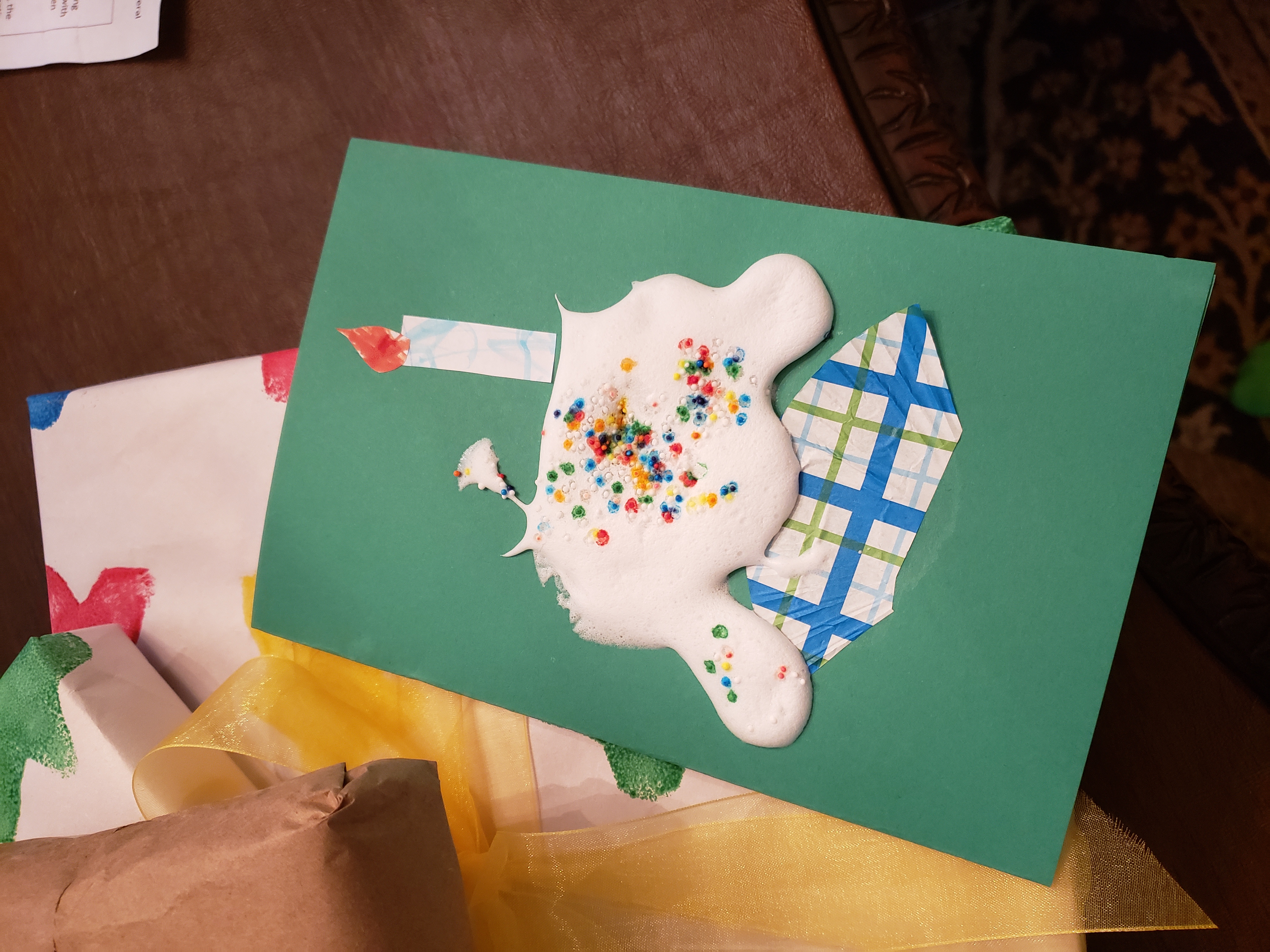 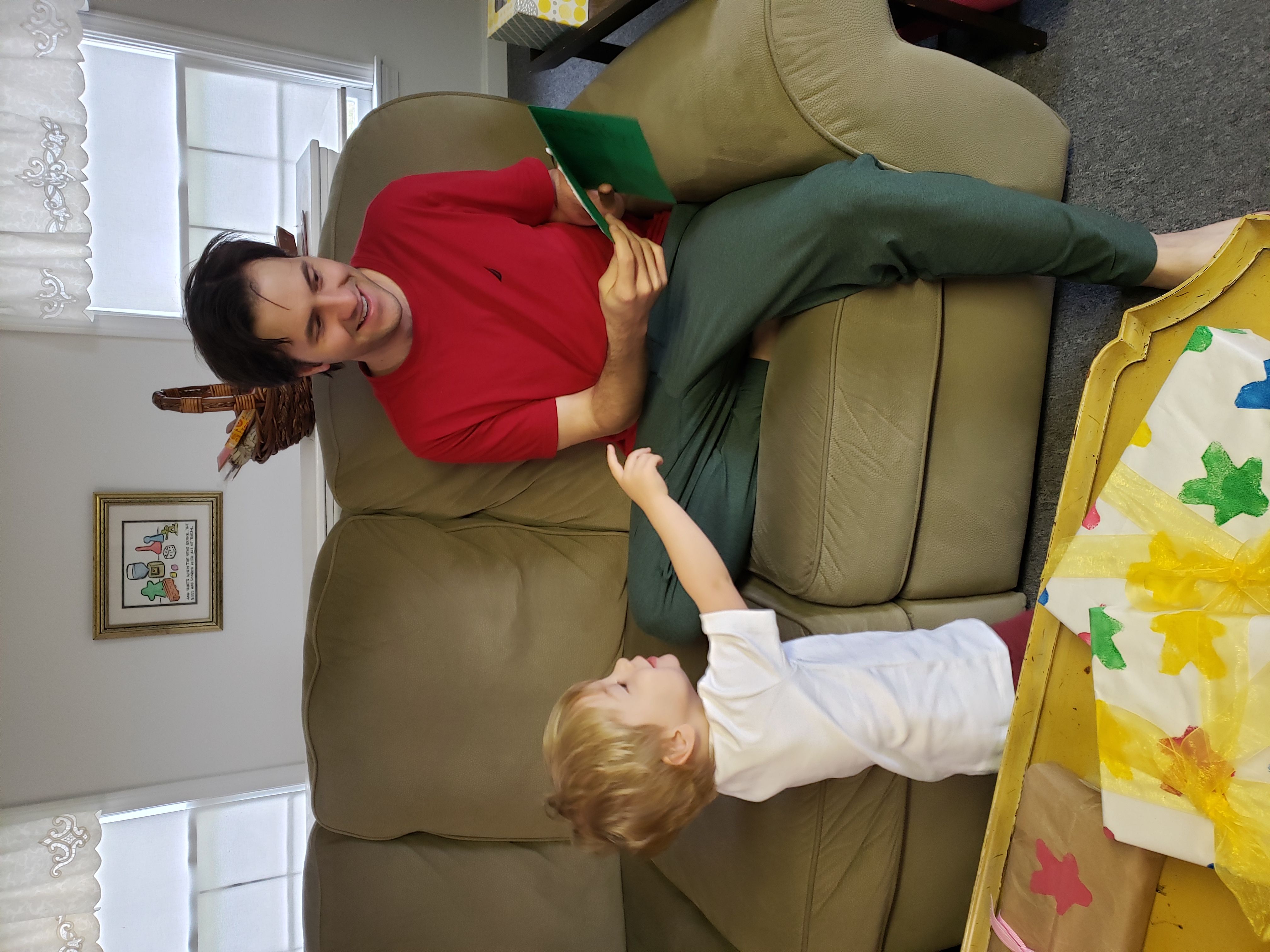 Julius showing Dada the features of his card

2 Responses to Takes the Cake