I had a terrible morning yesterday. Will gently woke me with a sound slumber to say “I think a bear attacked your hive”. Ugh. He actually offered to try and put it back together because “he was worried the bees would freeze”. My husband really is a cracker jack guy. After his words had sunk in, I sprang out of bed, threw on shoes and a coat and went straight outside to inspect. 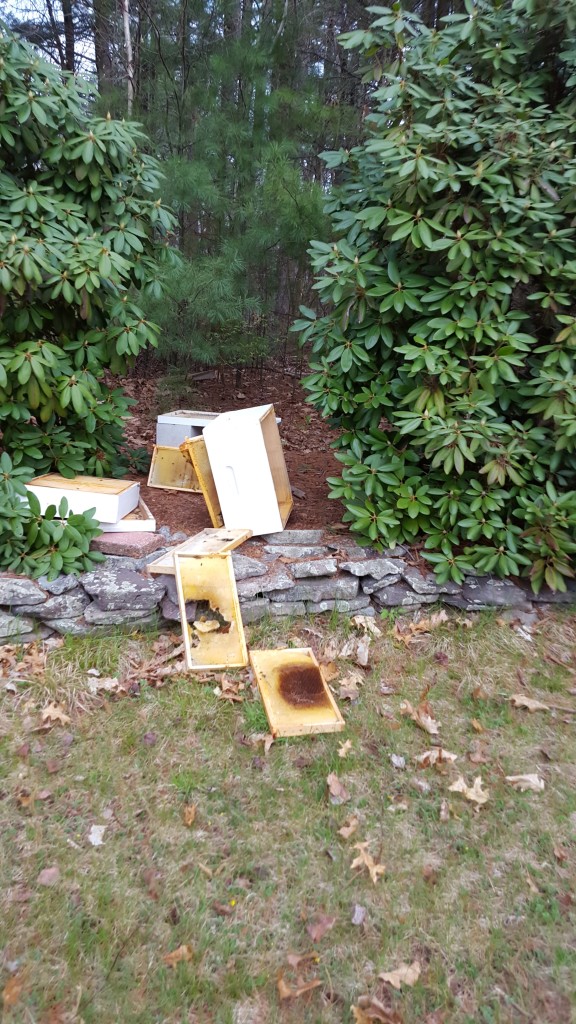 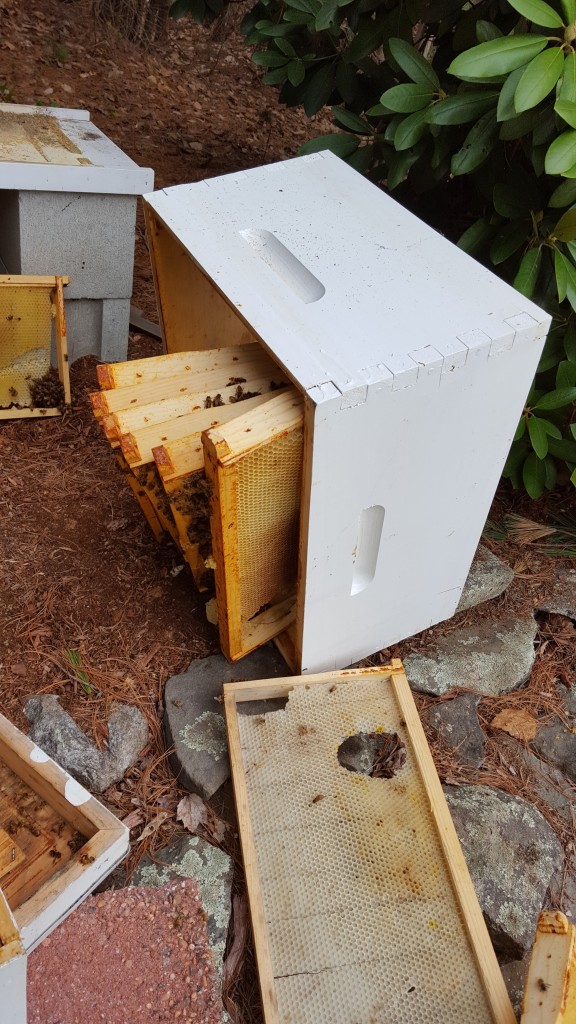 The entire hive had been dumped on its side and several frames had been torn from the hive and were missing comb. I was half asleep still and started picking up the frames without thinking that the bees might not be in a good mood. Bad move. The angry bees swarmed me and I ran from the hive. I got stung once. Muttering to myself I went back in to get into my suit (which does not include pants), jeans, socks and gloves. No time for the smoker; it really was cold and I did not think it would help. In my gear I proceeded to pick up the hive and add frames back in. I have never seen bees this angry (rightfully so). I hurriedly reassembled the hive as hundreds of bees proceeded to attack me. Here’s something I hadn’t considered – women’s stretch jeans do not appear to be impervious to stings. Denim is pretty thick, but stretch denim really isn’t. I got stung about 3 more times before I ran to the front yard to try and brush myself off.

So this was a total disaster. I can’t believe that the first time in 3 years that I have a good queen my hive is attacked by a large animal. Now I have multiple things to consider. Is the queen still alive? I really have no idea. The bees were so frenzied that I definitely did not have time to inspect. Will the bear come back? I assume the answer to this is a resounding yes which leads me to my final question. How do I protect my hive?

4 Responses to The Bear Returns