Posted on November 9, 2020 by lexicolton

Well, we had an exciting weekend.  We had a little celebration for Julius on his birthday and that morning I had some early labor signs.  (I’ll post about the celebration in a later post.)  No baby yet, but I had some more contractions this morning that went away after a few hours and then returned again this evening.  Who knows?  Certainly not me.  I think it’s funny when people believe women have control over their due date.  The only thing I know and can control for sure is that this will be a short blog post. 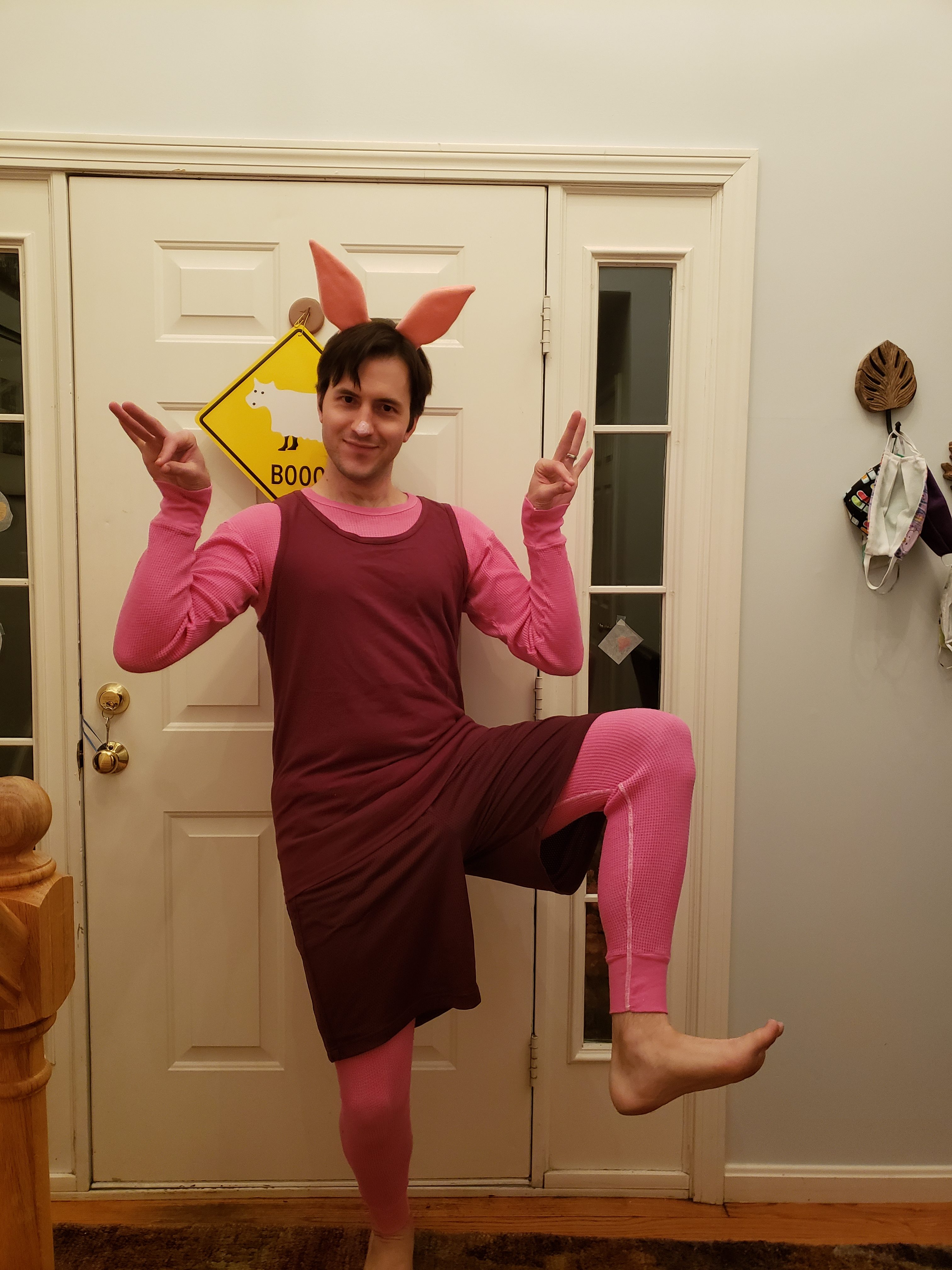 So I’ll tell you about the world’s tallest piglet costume.  This costume was another super simple one… just purchased clothing for the most part.  The main problem was that I couldn’t find pink form fitting clothes to fit someone six feet tall… without paying a prohibitive price (a different version of the pink tax perhaps…)  So I bought white 100% cotton long underwear (shirt and pants here) and dyed it pink.  On top of the pink long underwear (which Will will be sporting under his ski clothes this winter) Will wore a magenta tank top and athletic pants (both of which he’ll be able to wear again later).  To anyone who is in desperate need of a pink size men’s XL long underwear and wants to know how to dye long underwear pink, send me an email and I’ll send you the instructions. 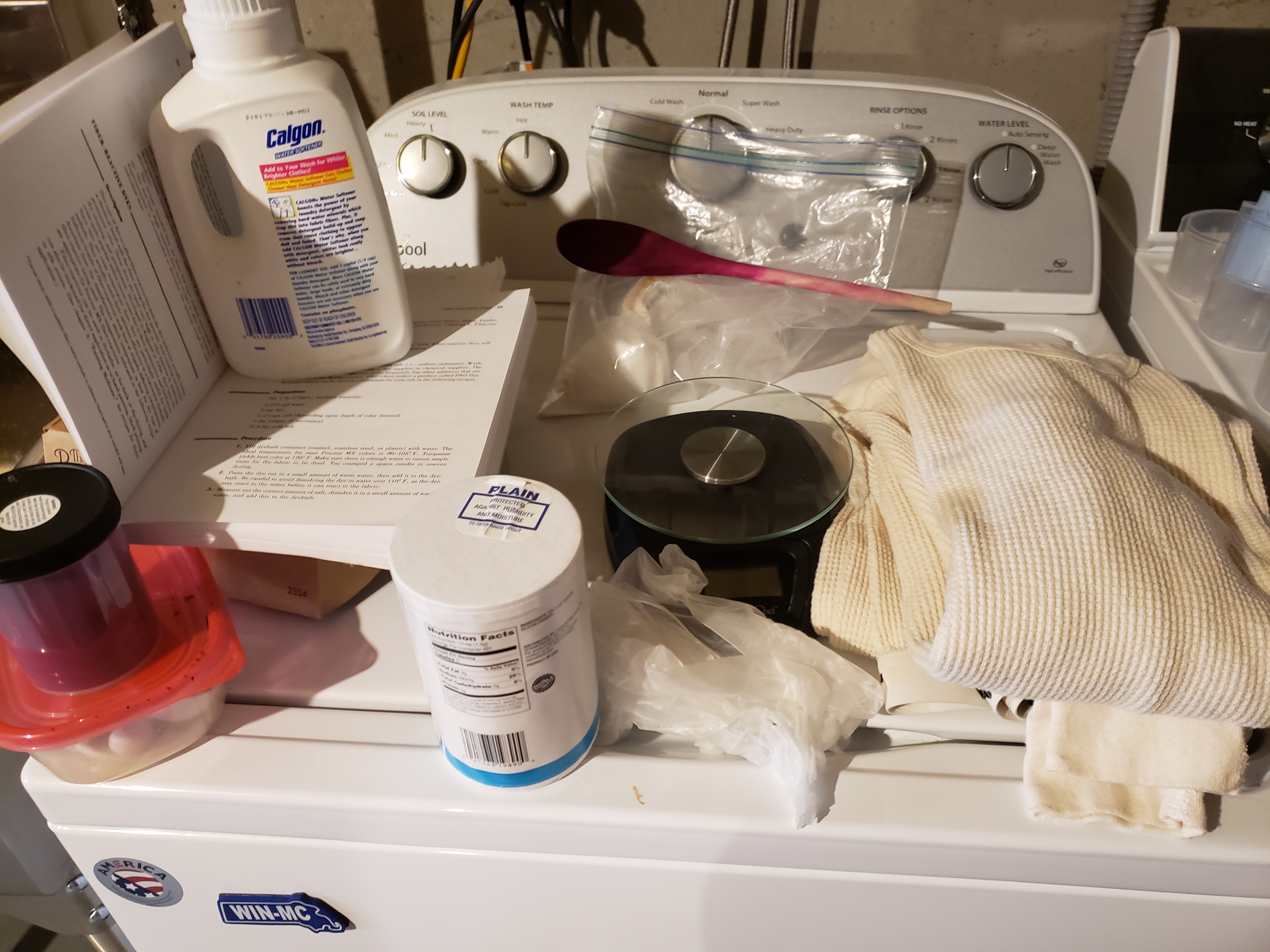 All the ingredients lined up for dyeing. 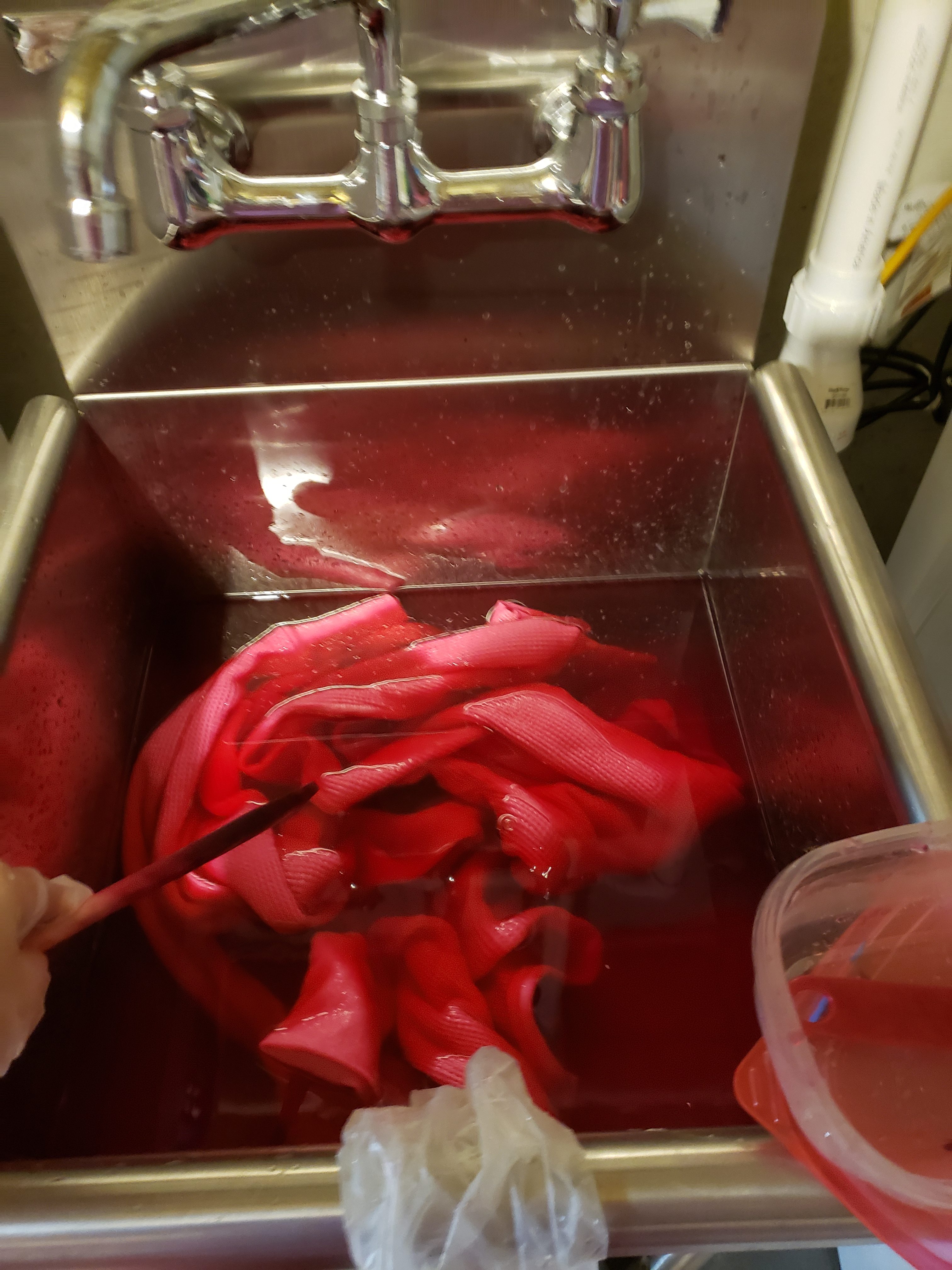