You’ve got a Friend in Bees

Well I must say it has been far too long!  I have that super-boring video that you were promised – I’ll post that tomorrow.  And for all those who have been asking we haven’t had another bear sighting.  (Thank goodness.)

So I finally ended up at finding a local beekeeping store.  Well, local in that it is an hour or so away (not in our town or anything).  When I pulled up at the address I had written down I was a bit confused. I was on a dead end street in a residential neighborhood, with no sign of a beekeeping shop.  Then I saw them – there were several Langstroth hives at the back of an expansive lawn.  I pulled up further and realized there was workshop with a separate doorbell and entrance attached to the house with the beehives.  Outside of the workshop were more hives in various stages of assembly.  Clearly this was it!

When I got inside I saw various items of interest – smokers, food grade buckets, hats and veils, full beekeeping suits, and something that caught my eye – two bourbon barrels with fermentation locks.  I immediately liked this place, and then I met Rick – the owner.  He was wearing big brown boots, brown clothing and baseball cap and looked like he was ready to get out there and deal with any winged insect problem you could throw at him.  I ended up talking to him for over an hour about my bees, and he gave me lots of tips and tricks.  At one point in the conversation he even asked me where I went to beekeeping school.  I shyly told him that I had learned all the lingo from books (I didn’t mention Beekeeping for Dummies) and that he was the first real beekeeper I’ve had the privilege of talking to. (I lied – I had a 3rd grade music teacher who brought in his bee suit one time!)  It was the most fun I’ve had talking about bees yet.  On the way out I asked him about the barrels and he explained that he was making mead.(!) I admitted that mead was my initial reason for getting into beekeeping and he let me try a bit that his friend had fermented.  It was fabulous oaky silkiness.  I hope my mead tastes that good. 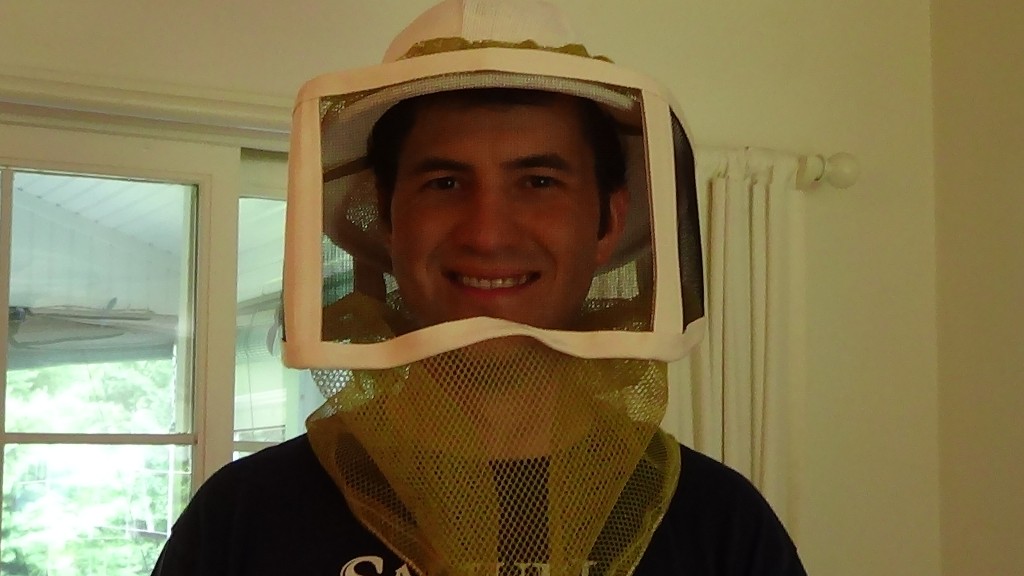 Here is my husband with his new veil from NEBees! No more bees flying in HIS face. 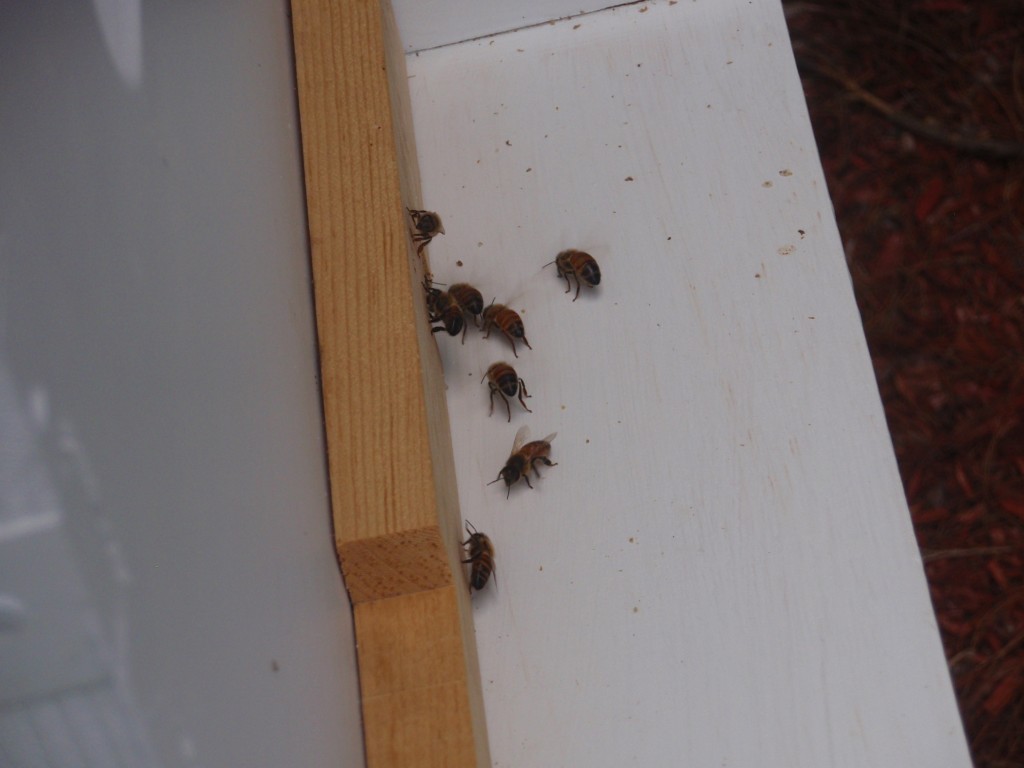 Scenting bees:  I originally thought they were trying to cool off the hive, but they are sticking their abdomens into the air and releasing pheromones so the young bees can find the hive easily after a flight.