So let me tell you about my latest adventure.  For the past month or so I’ve been scouring craigslist for a honey extractor.  Some of you may have heard about some of my craigslist adventures and fabulous purchases.  In the past I’ve bought a brand new bedroom set, granite bar, antique writing desk etc for extreme discounts.  I’ve driven to all parts of the state, and met all sorts of interesting people buying these things!  Craigslist shopping is like an adventure in itself.  The only terrible experience I’ve had with craigslist is the time my husband and I tried to buy a chandelier new-in-the-box for a quarter of retail value.  But that’s another story for another time.

Honey extractors are ridiculously expensive, especially if you want something that is going to last.  The principle to extracting honey is simple – slice off the wax cappings with a hot knife (called a decapping knife), insert the frame into a centrifuge and use the magic of physics to gently spin the honey out. Because the centrifuge must spin multiple frames of honey weighing anywhere from 5-10 pounds each they must be durable.  This makes the extractors pricey.  The last one I found in my price range was a rusty mess.  And the picture was dark and blurry – clearly taken in someone’s basement.  I asked Will if the extractor was too sketchy looking to pursue and he burst out laughing saying “what IS that, a torture device?”  I took that as a yes.

The one I found this week was an older model, but it was in great condition and the owner (let’s call him Bill) said he would throw in a decapping knife!  What a bargain!  I drove to the couples’ house after work and pulled up in front of this gorgeous Victorian home.  They had told me they would meet me by their toolshed so I pulled into the backyard where Bill, his wife, 8 chickens and a dog were waiting in their huge garden.  I liked them already!

I was curious why he was getting rid of the extractor, so I questioned him about it.  He said he didn’t have a Langstroth hive (like I have).  Bill had purchased the extractor from a retiring beekeeper before buying a hive.  In the end he had gone with the Warre model hive and had no use for the extractor.  I had never heard of Warre hives so he gave me the tour.  The Warre hive looks very similar to the Langstroth hive on the outside; it is just a stack of boxes.  But the internals and principle of the Warre hive are very different.  Instead of adding boxes to the top of the hive when things get crowded as you do in the Langstroth hive, the Warre hive works off the bees natural tendency to build downwards, so boxes are inserted at the bottom of the stack. Also unlike Langstroth hives the bees in Warre hives build their own comb entirely from scratch.  In my hive I fill each frame with a sheet of starter beeswax before putting it into the hive.  This gives the bees a template for building their comb, which can be used to control where they build and the width of the honeycomb.  (The Langstroth comb template is slightly larger than the size that bees would use in the wild and allows a higher honey to wax ratio.  Some beekeepers believe this unnatural comb change encourages disease – I guess I’ll form my own opinions eventually.)  In the Warre hive they have wooden strips fixed with a thin wax starter strip, but no real frame. These divided strips allow beekeepers to remove the comb for inspection when necessary. 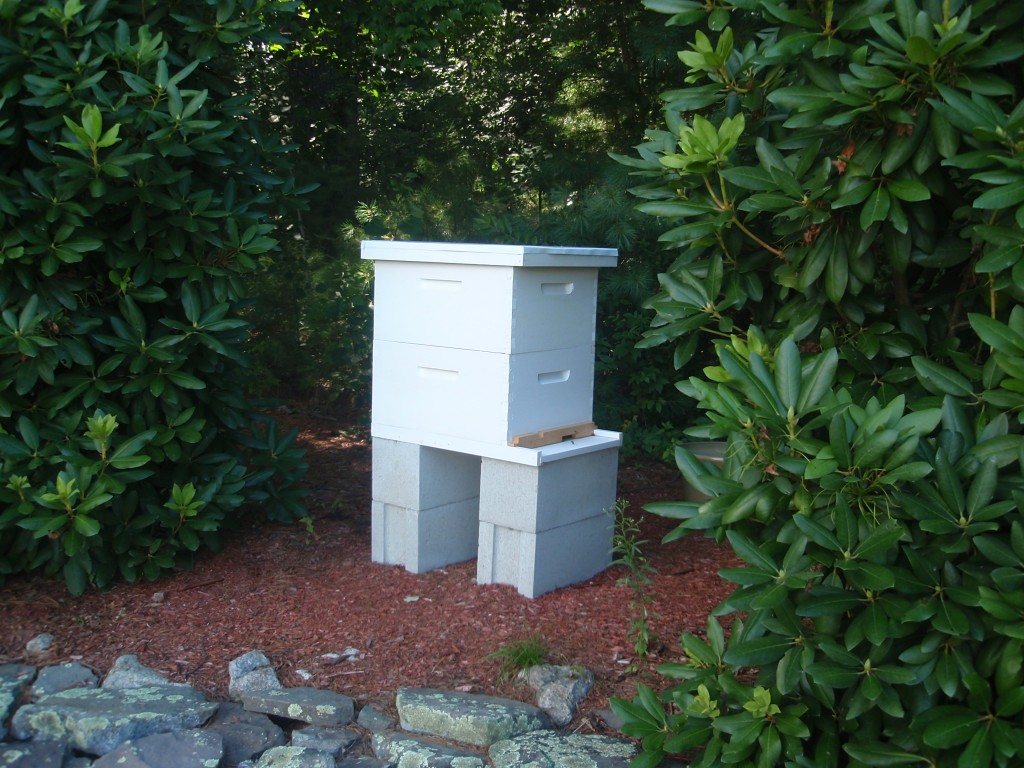 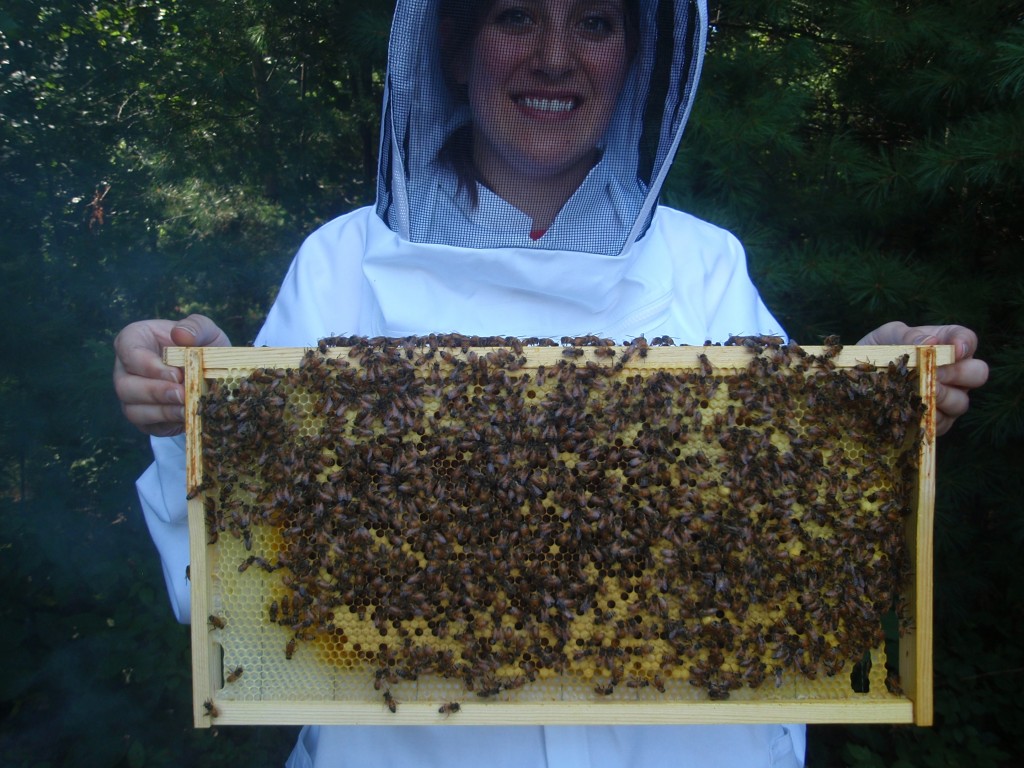 Frame from my Langstroth hive. The bees build the comb from the starter wax. 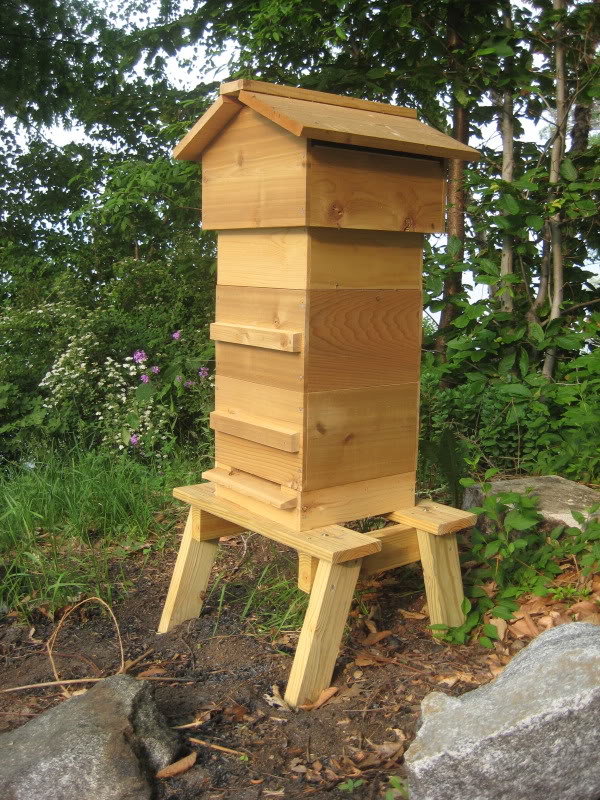 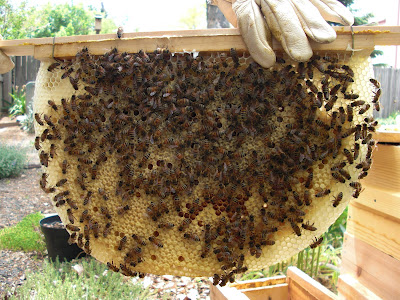 A Warre hive “strip” with comb.

Bill said the only problem with the Warre hive is that it is difficult to get good advice about its maintenance.  He had signed up for a beekeeping class to learn about his new hive, only to discover that none of the instructors had ever used or seen a Warre hive!  He did recommend the class anyway because the discounts at local shops and the networking alone were worth it. After he helped me load the extractor into the car I asked if he had managed to register his hives with the state.  I explained how I had tried to sign up (to no avail) just to get advice from professional beekeepers and he laughed saying, “we feel the less the government is involved with our bees, the better.” 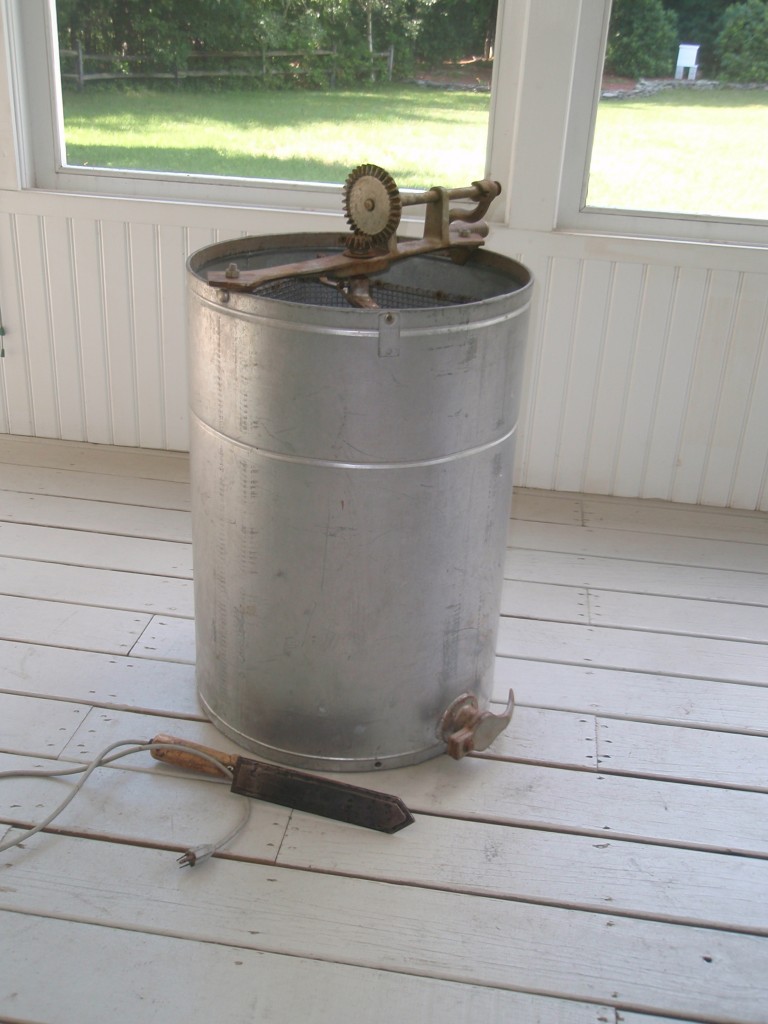