Let the Sun Shine in

Posted on February 8, 2014 by lexicolton

Lots of worried family and friends have been asking how the ladies are fairing in this cold New England weather.  I feel a bit silly – but all I tell them is, “they’re still in there”.  You see, I don’t want to open the hive to risk giving them a chill, even on the warmer days we’ve had.  In my beekeeping travels and encounters I have met several beekeepers who have lost hives by opening them up on too cold a winter day.  Instead all I have been doing is keeping their entrance clear of snow and dead bees so they can take cleansing flights in the warmer weather.  I also put my ear up to the hive to listen to the faint hum of the cluster.  At least I know they’re still in there.

So – if not dealing with the bees – what has the lady beekeeper been doing in her spare time?  Well it will probably bore most of my usual readers, but for lack of anything more exciting I’ll tell you.  I have been concocting a list of projects that I want to accomplish around the house.  I’ve finally finished one of them that I’ve had in progress for a long time – curtains for the living room.

I originally bought the fabric for these curtains in the bargain section of Joann fabrics, intending to make curtains for the dining room.  I wanted to do a draped swag, but by the time I finally got around to drafting out the plans, I realized I hadn’t bought nearly enough fabric.  I went back to Joann’s to buy more of the fabric – but the original receipt was so old the printing had completely faded so you couldn’t read the sku!  For the record I had kept the receipt in the basement away from light, inside the original bag for six months – so as far as I’m concerned they use disappearing ink.  I searched and searched for the fabric online and eventually gave up.

Two months ago I happened upon the fabric again and thought it might look nice for curtains in the living room instead (which has only two standard windows instead of a standard window and large bay window).  I decided on simple panel curtains that would take much less fabric.  Well, I drew out my plans.. AND I WAS STILL A YARD SHORT.  Seriously?! So I did some fancy math and decided that I could make the panels a bit narrower (2/3 of the original width of the fabric), match up the patterns and still make all four panels the correct length – it just took a bit of finagling – but I finally finished them.  Finished pictures below.  (If you’re curious about details of construction – post me a note and I’ll add them.) 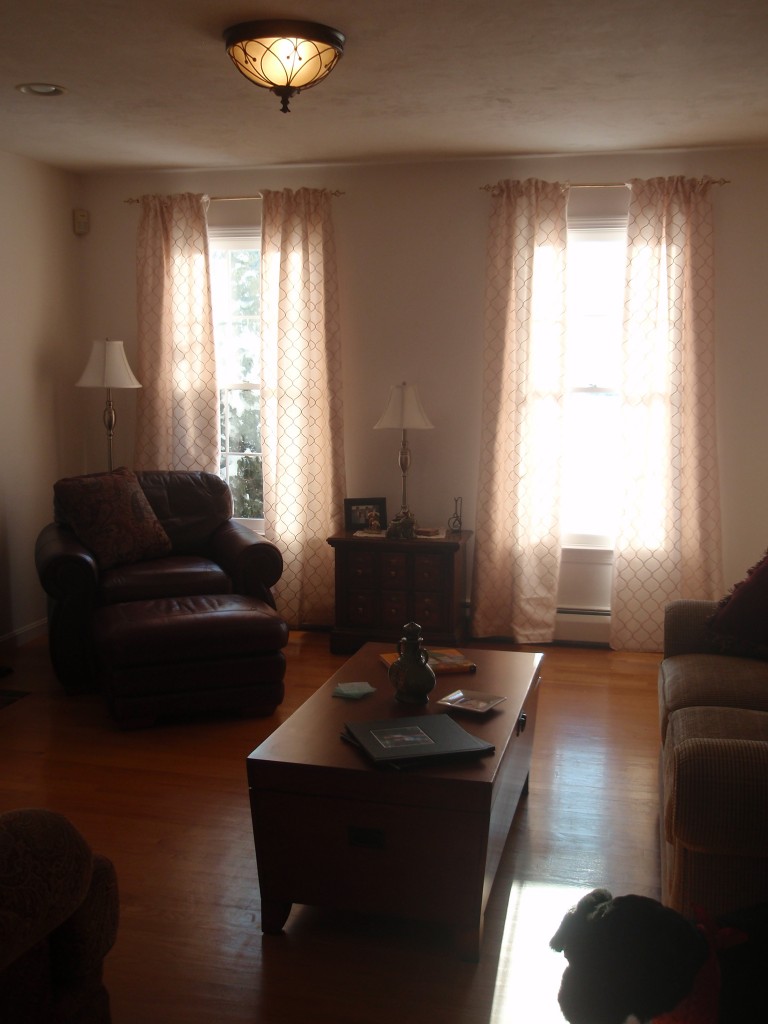 Note the light fixture in this room – I installed this right after I put up the curtains! I was tired of the old ceiling fan fixture that provided no light. Who has a ceiling fan in a living room? 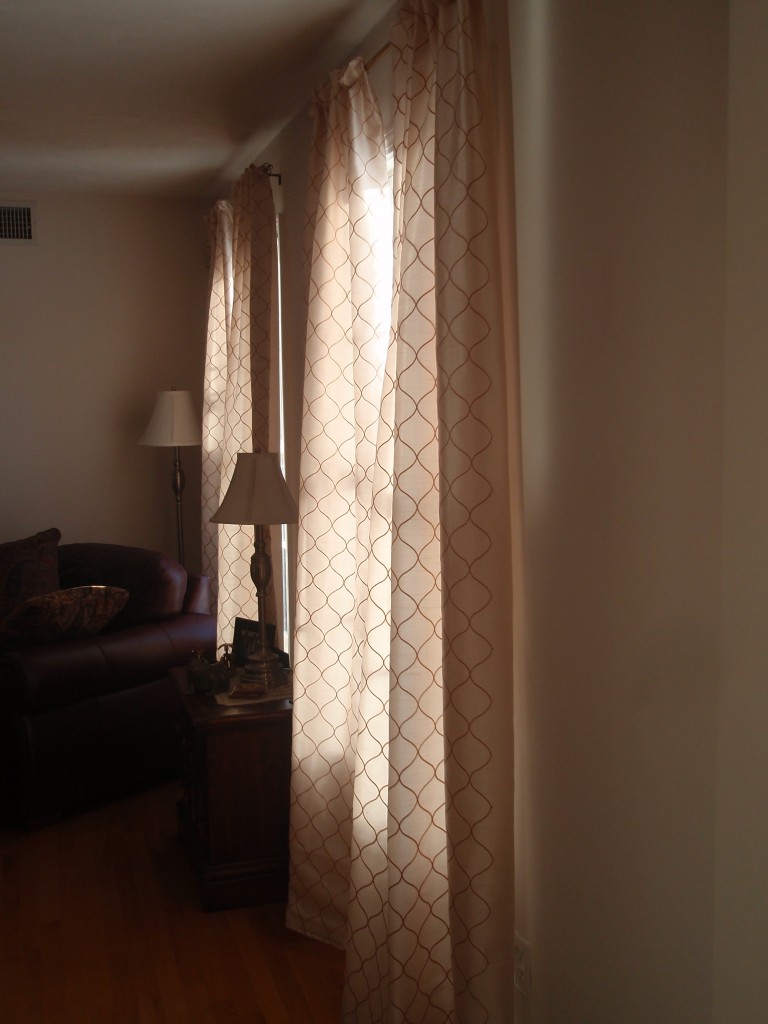 Curtains from the side.  Floor length. 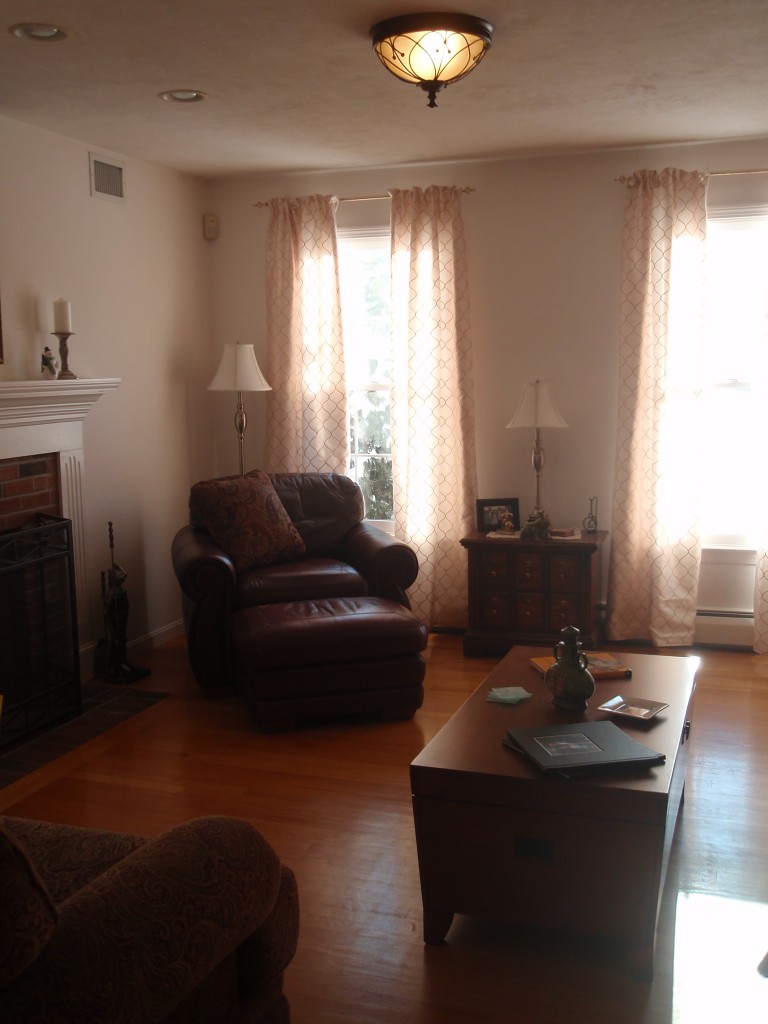 The curtains are completely lined – but the sun we get is so intense in the morning it shines right through. Definitely not a dark room.

3 Responses to Let the Sun Shine in