This past Thursday morning Will was packing for PAX in the man cave (aka the room where we keep all the board games).  The man cave happens to share a wall with the bedroom where Julius and I were getting ready for the day.  Will was being extremely loud and making lots of noise so Julius kept asking “what’s that?”  I explained to him that it was just Dada in the man cave to which he questioned in a terrified voice, “bears?”  (Bears after all live in caves.)

So I typically don’t like to post two recipes in a row since I have so many crafts lined up, but I feel like this is a special exception because I have very recently discovered the joy of seitan (aka wheat meat)!  This very gluten-intolerance unfriendly menu item is basically a big ball of seasoned gluten!  Sound disgusting?  Wrong!  It basically tastes like bread when you screw it up, and meat when you do it right!  You can’t go wrong!  And it has an incredibly weird (in a good way) meat like texture.  I think it’s best in flavorful sauces, but my attempt at “beef” stew with it came out delicious enough to post. 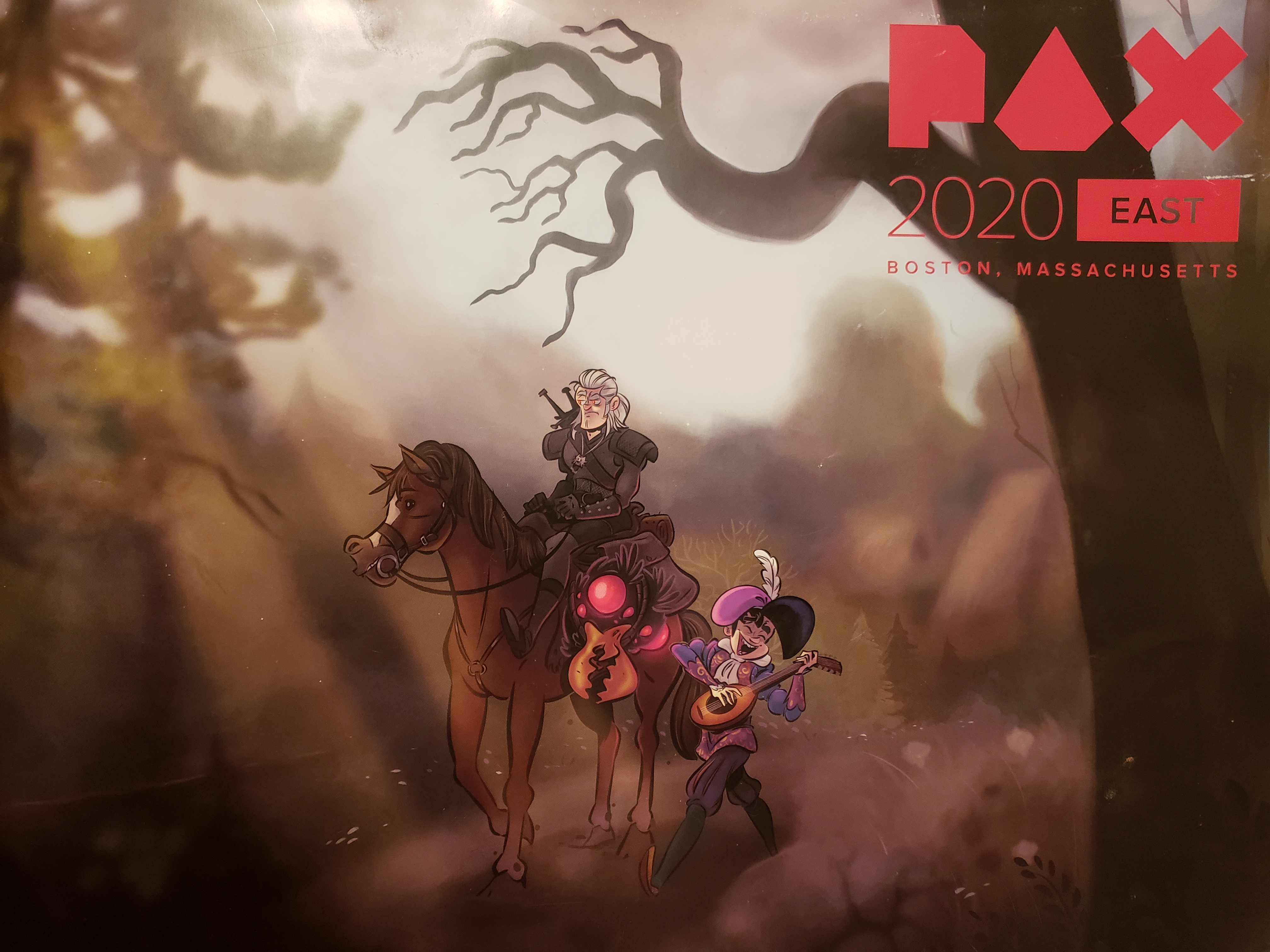 Gabe was clearly fueling my obsession with love of Geralt with this year’s program art.

Anyway, the reason my wheat meat recipe must be posted today is because of this Penny Arcade comic that allows me to pinpoint the first time I’d ever heard of seitan.  And more importantly did I mention we went to PAX this weekend?!  We didn’t see Tycho this time so I couldn’t ask him about wheatloaf, but we did get to play lots of fun board games and video games.  My personal favorites were Maquette, Barrage, and Die Crew but we played lots of great ones.  As a sidebar – I have totally forgotten how to play a first person viewpoint game so my  borderline incompetence has gotten even worse.  This made it slightly nerve wracking to play Maquette in public in front of other humans who are video game competent.  Given that, it speaks volumes that it was my #1!  Anyway, go make some wheatloaf, play some games and don’t forget to vote tomorrow for those who observe Super Tuesday.

Note: I started with this fabulous recipe for the seitan and it came out great!  As usual though I made the preparation lazier so my steps are for my lazified version below.

To make the Seitan:

Place the vital wheat gluten and chickpea flour in the bowl of your mixer, stir.  Add water and stir. When dough starts to come together switch to dough hook attachment and knead on low for 5 minutes.  Let rest for 5 minutes.  Combine the miso paste, veggie broth and wine in a stockpot and bring to a boil, then lower to a simmer.  Cut the dough ball into pieces that resemble 3/4″ thick steaks.  Add to the broth and simmer for 1 hour.  When the hour is complete, reserve remaining cooking liquid and divide the steaks into 3 portions.  Reserve 2 portions in the freezer for later, then chop the other portion into bit size cubes.  Note- I varied mine in size, but the concensus was that the smaller the cubes, the better it absorbed the flavor, so keep the seitan at like 1/2″-3/4″ dice. 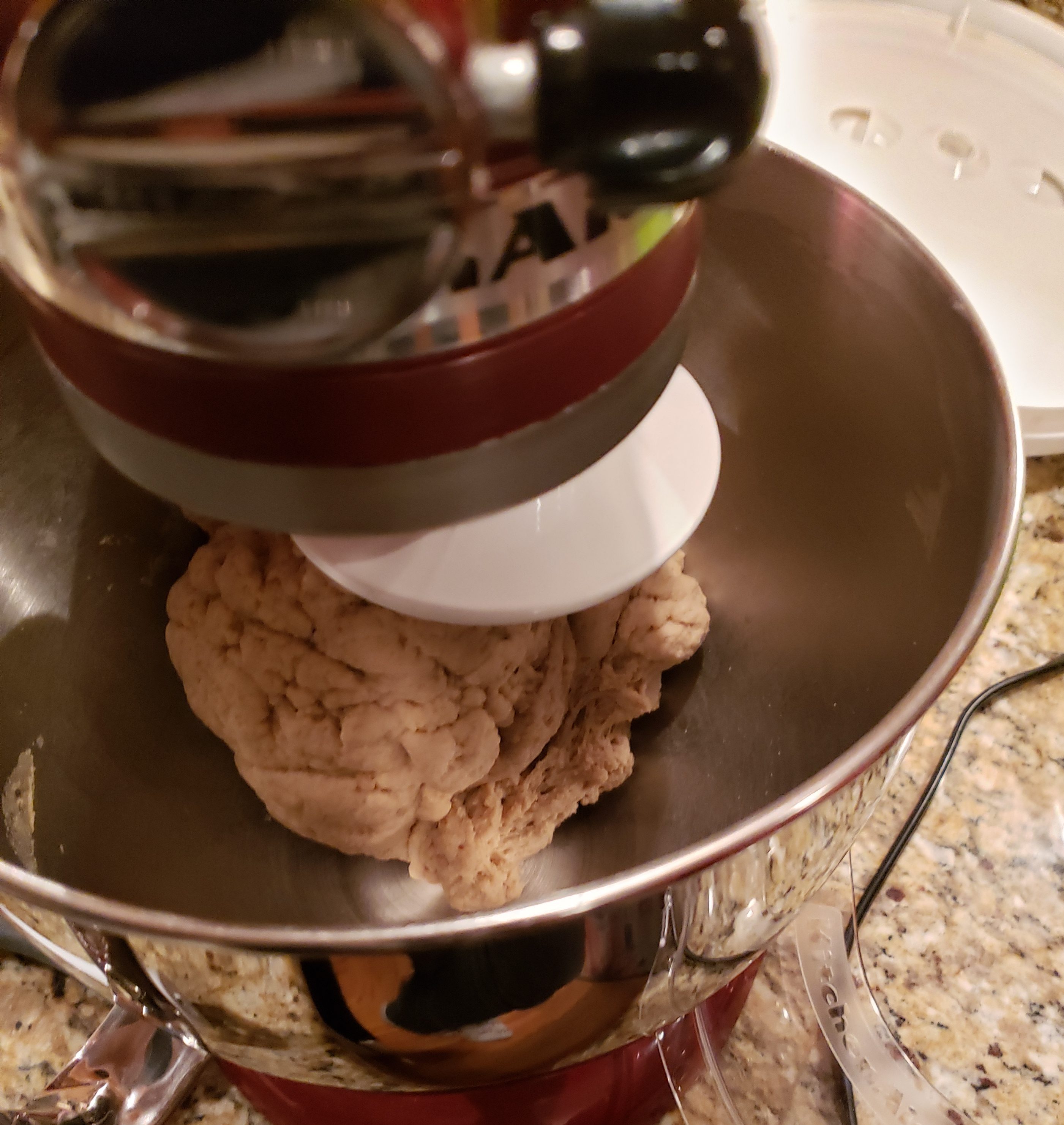 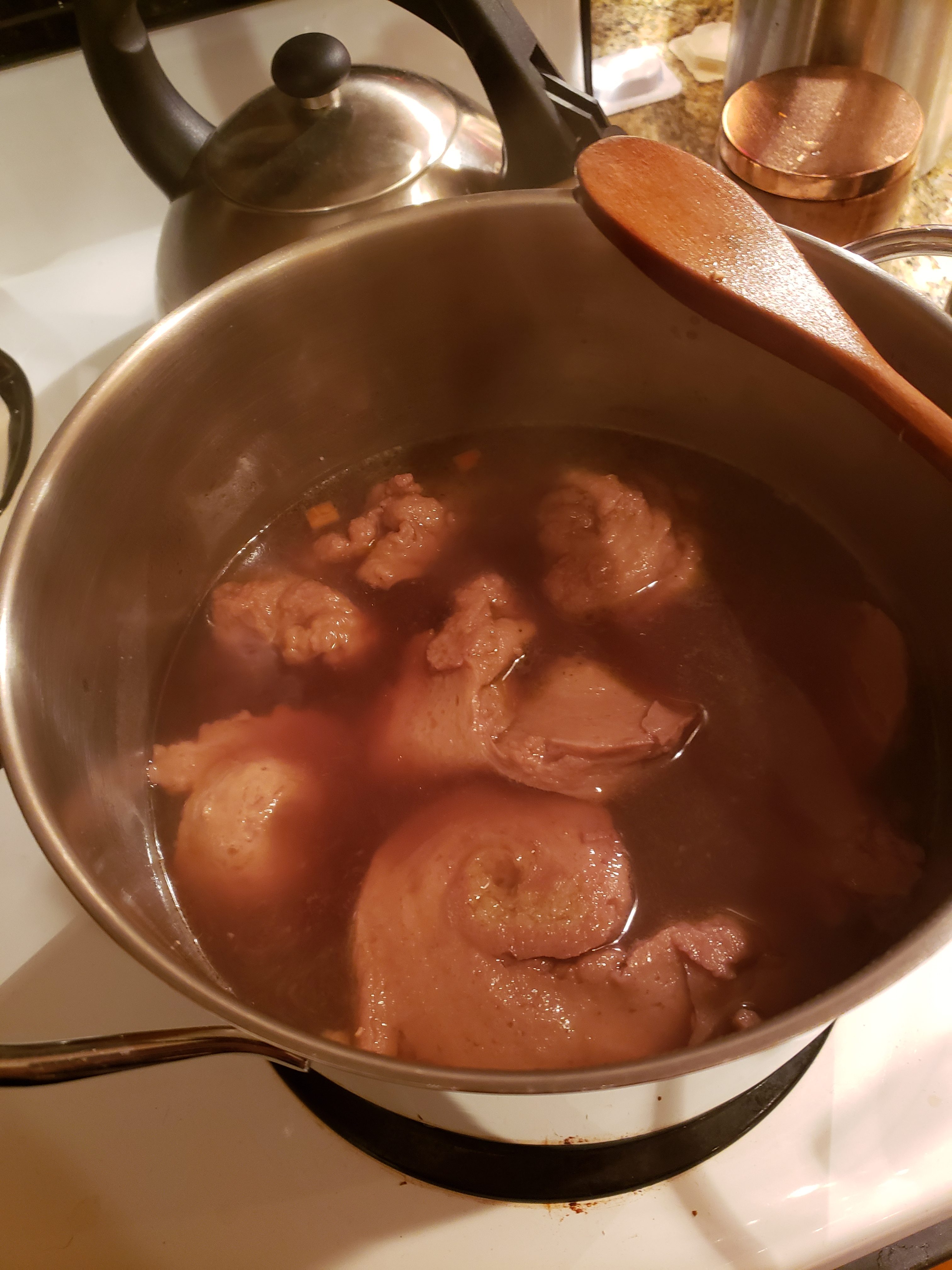 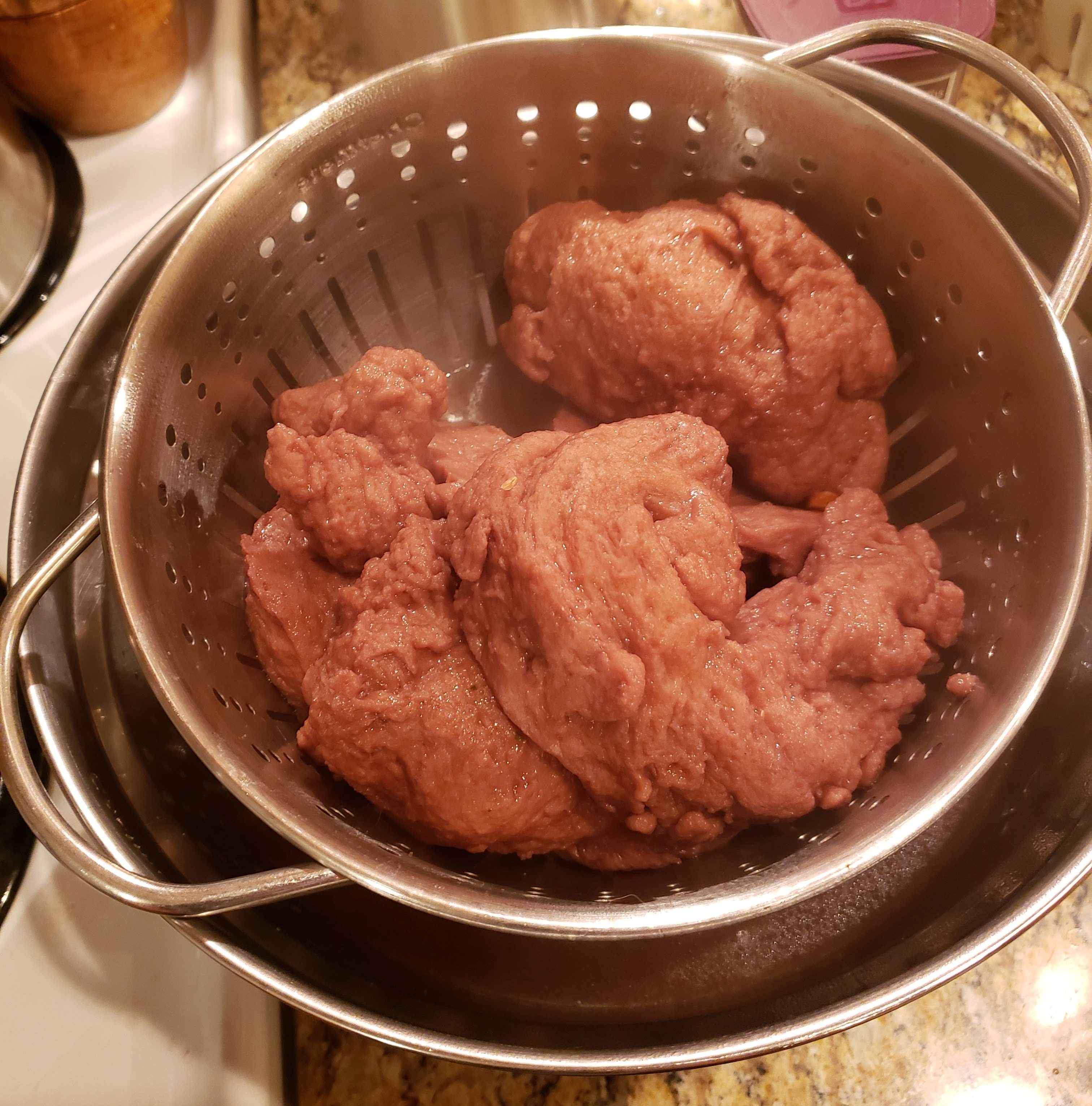 To make the Stew:

Heat oil over medium heat in the stock pot you used for the seitan.  Add onion and seitan.  Brown seitan on all sides and cook onions, stirring occasionally.  When seitan is browned, add carrots, potatoes, celery and bay leaves.  Cover with reserved liquid from the seitan cooking step.  (Note: if there isn’t enough reserved liquid remaining, add vegetable broth to cover the vegetables.)   Bring to a simmer and simmer for an hour.  Mix cornstarch with 1/4 cup of water and stir with a fork until combined into a liquid.  Add to the pot, stirring the stew constantly to incorporate it and prevent it from clumping.  Simmer for another 5 minutes to thicken then season with salt and pepper and serve. 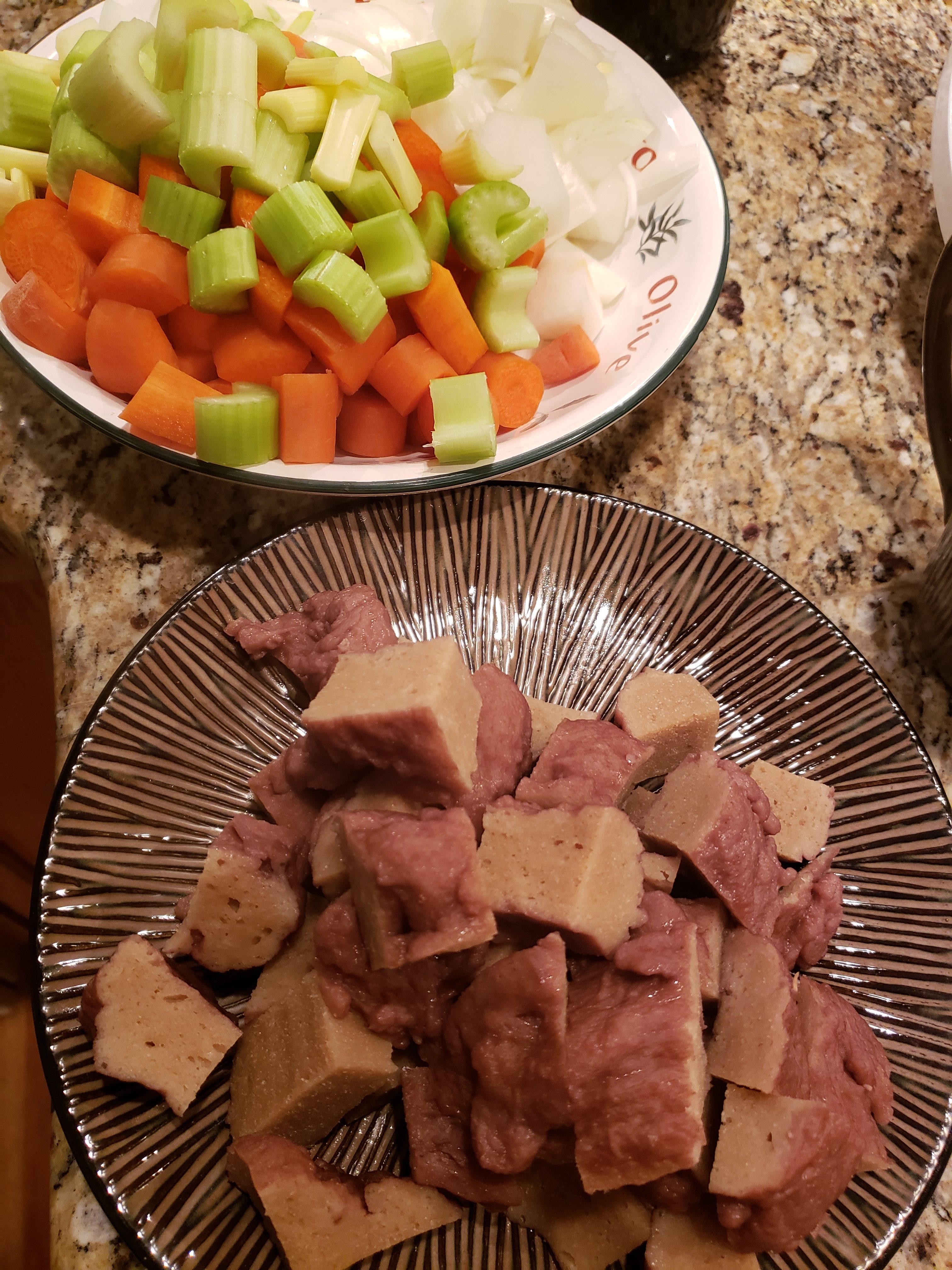 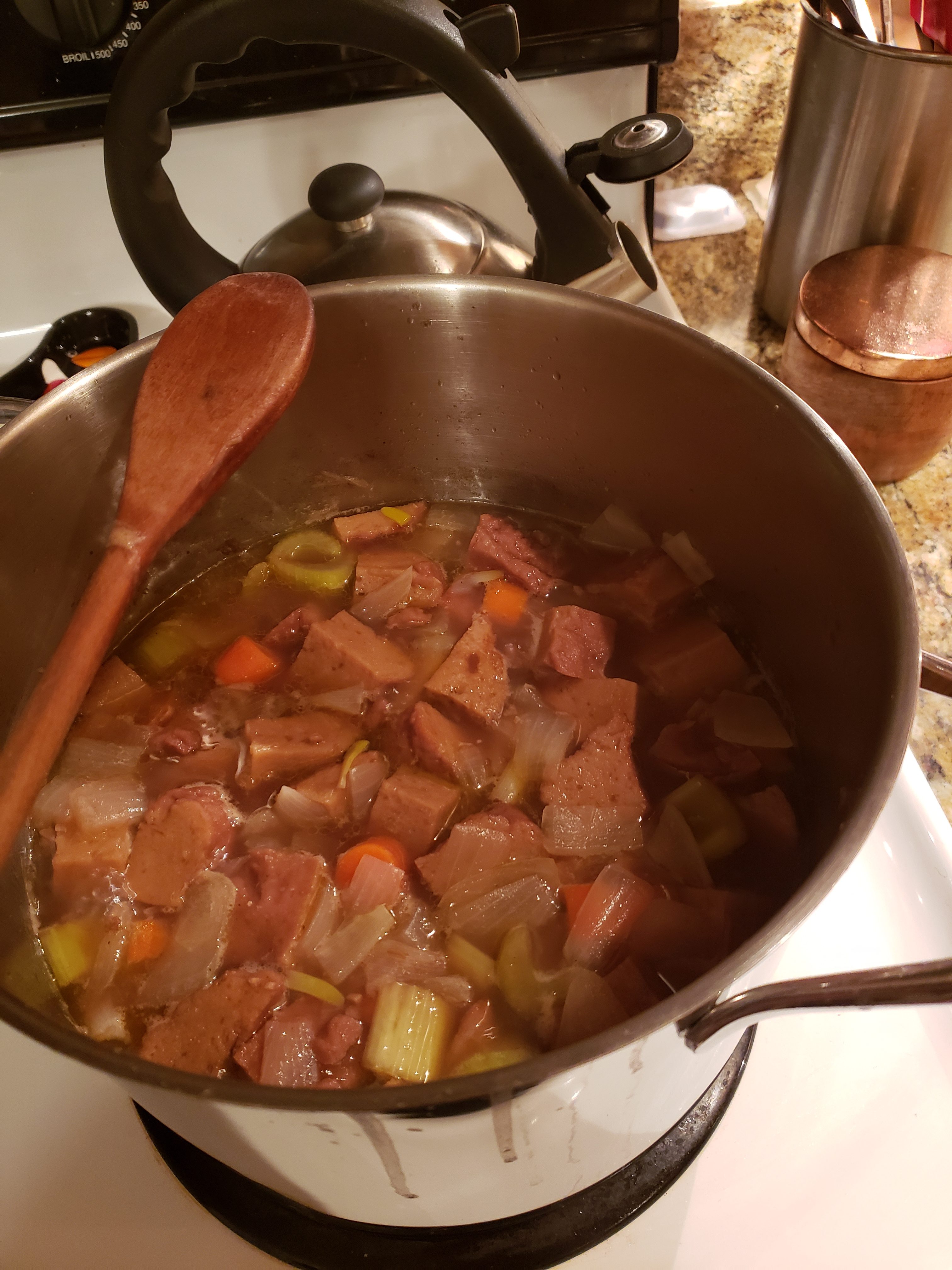 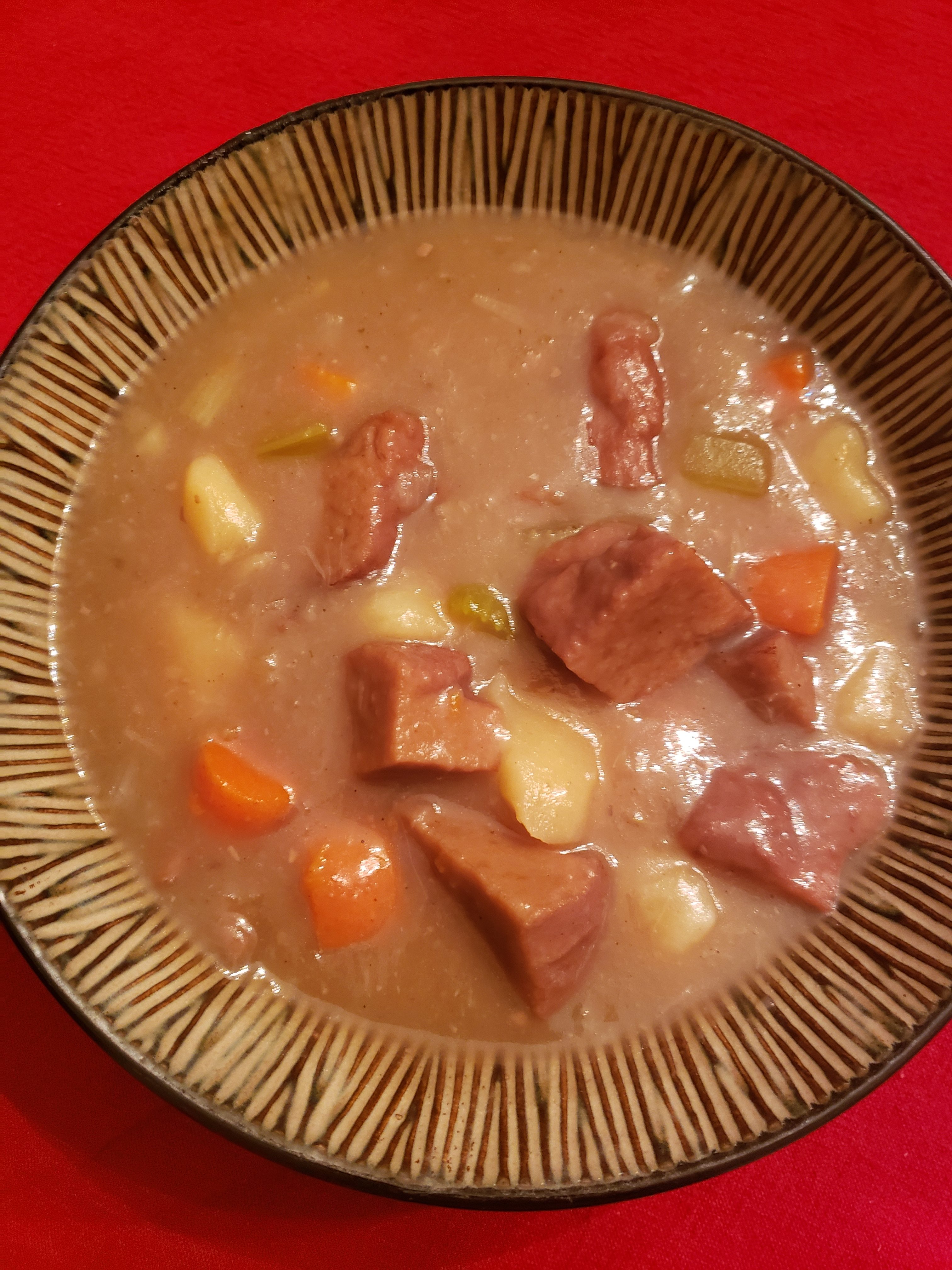