I have the silliest Julius story.  The other day he kept pointing to the counter and going ah-lah-lah.  I took everything off the counter, handing it to him.  He eventually gave up and had some milk.  After Julius had been playing with his toys for 30 minutes or so I asked Alexa to set a timer for me.  He bee-lined back to the kitchen counter and started pointing and saying ah-lah-lah again.  I finally realized he wanted to talk to Alexa.  Poor Julius can’t quite pronounce Alexa to Alexa’s understanding level (mine either) but he did enjoy Alexa saying hello to him.  I put him back on the floor and he again proceeded to point and say ah-lah-lah.  This time however, he did a little dance.  I finally realized that he wanted Alexa to play music.  When I asked her to play music he was overjoyed and danced around like a crazy man.

Do you know what always has me dancing like a crazy man?  Danycon!  This Danycon was the BEST YET.  We had such a fun time getting to see our families and playing board games.  Will even updated the program to include categories of games and suggestions for each time slot.  This definitely helped us play many more games than previous years.  Below are some highlights from Danycon 2019!

Danycon wouldn’t be complete without Danycon swag!  In addition to the embroidered bags I gave away (my favorite ones yet) I also appliqued the Danycon logo onto shirts this year.  I think they are my favorite Danycon shirts yet!  (This is getting to be a trend.)  The game we gave away this year was “Liar’s Dice”.  The sets were very inexpensive to make (and not nearly as time consuming as last year’s copies of Secret Hitler.  Per set we simply needed to purchase 25 dice (5 sets of 5), and 5 plastic cups (I got mine in sets of 4 from the dollar store).  Finally I printed instructions from bgg.  I used these instructions and tweaked them to fit on half a page.  The total was less than $4 a set (and could have been about half that if I had purchased dice in advance). 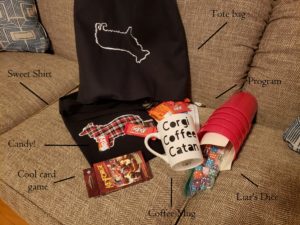 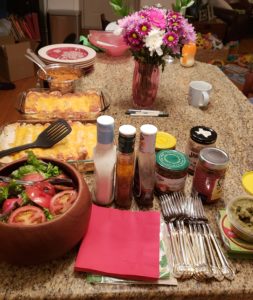 For the tournament this year we did games that were “multiplayer solitaire” basically games that could play any number of people. 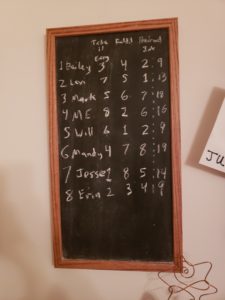 We used the same set of 4 cards (2 easy 2 difficult).  For each card, each player had to hit the lap button on Will’s stop watch to record their time.  Each player’s total time for all 4 cards was recorded and then they were ranked by lowest time (#1) to highest time (#8)

Lexi drew tiles and wrote down the order each one was drawn so everyone competed with the same set and same order.

Will just read off the die results from the first game in the same order so everyone had an equivalent game.

Everyone’s place in each game was summed and became their final standing.  This caused a battle between two of our former Danycon champions – Erin and Bailey!  They went head to head in one round of Galaxy Trucker! 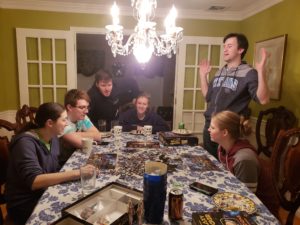 A grueling flight through space for the championship face off!

This year was full of surprises!  Mark and Erin put together a truly horrifying escape room!  It was the coolest thing EVER!  And after seeing that dead skeleton in my bed I had nightmares for days!  Will and I surprised everyone with a DnD adventure that we created with some fun twists!  Will and I intend to publish it at some point on here so you can run it yourself, so I won’t ruin any surprises!  The key though is that you need two separate groups with two different DMs.  We’ve already come up with some great ideas for the next adventure at Danycon IV! 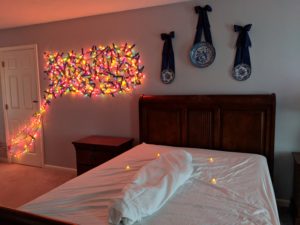 This haunts my nightmares! 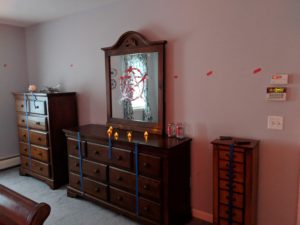 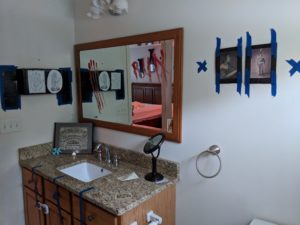 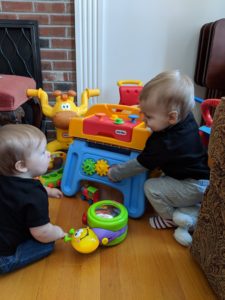 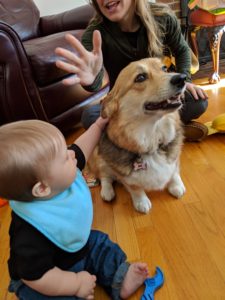 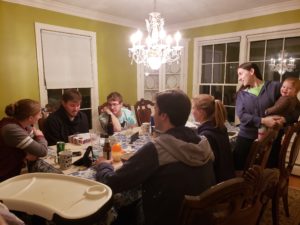 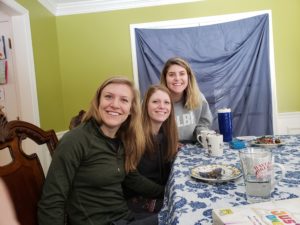 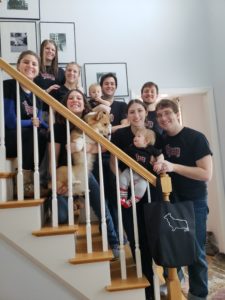 This entry was posted in Culinary Delights, Parties. Bookmark the permalink.