Posted on November 2, 2020 by lexicolton

Well we had a lovely Halloween, if not completely traditional.  We carved pumpkins Friday night – one for our house and one for the town pumpkin contest.  Julius first wanted to make “a happy pumpkin” and we together carved a very cute jack o’lantern.  After that Julius told me he wanted to carve “a sad pumpkin” and described how it should look, including making me add tears in some key places.  All his own design…should I be worried?  Next we dropped sad pumpkin off on the town green with his pumpkin friends but Julius thought he was too sad to leave him there by himself in the dark.  After much discussion we convinced him that sad pumpkin was going to have a sleep over party with his pumpkin friends, and that the Halloween decorations across the street were a good night light.  We also agreed to visit him on Halloween night for the contest. 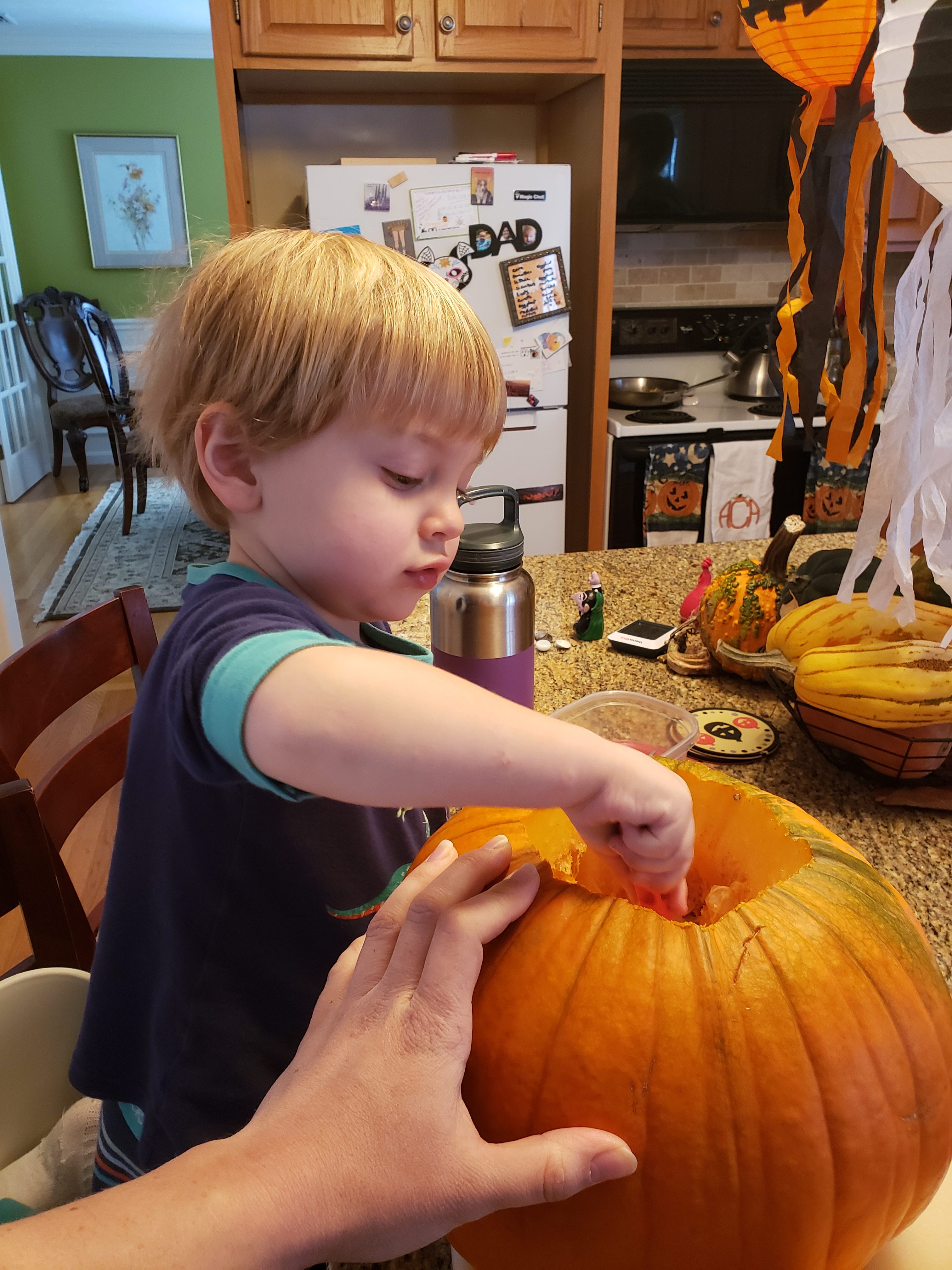 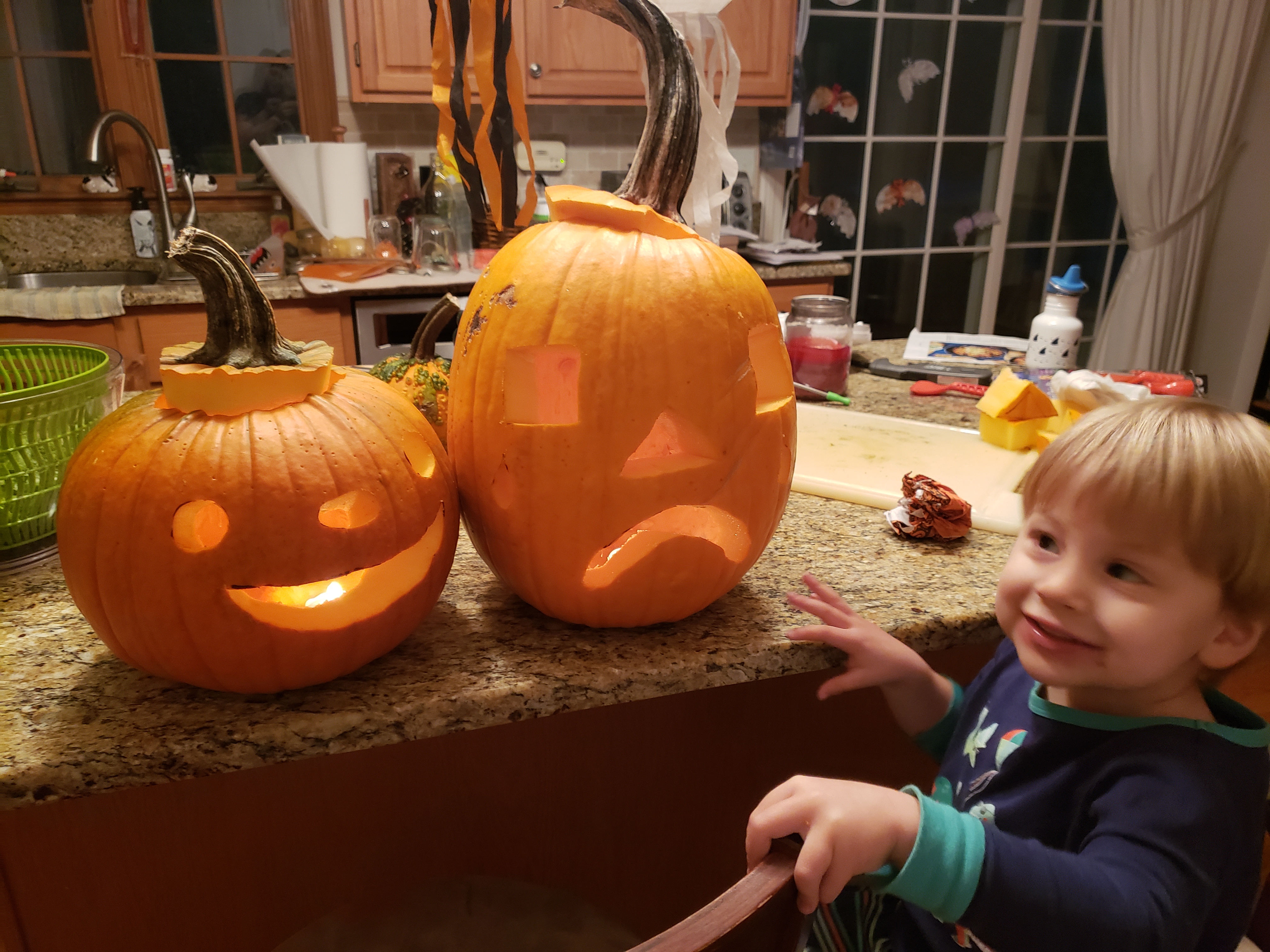 On Halloween night itself we had pumpkin fondue for dinner, set up our socially distanced trick or treat table, and lit up the happy jack o’lantern.  Then Julius and I donned our costumes, and Julius got loaded up in the “hay ride” that we made for him from our wagon and a mini bale of straw I bought from Home Depot a month ago.  He was very excited.  We rode up and down the driveway in the hay ride in between our visits to the socially distanced trick or treat table at the bottom of the driveway, our front door, our back door, our porch door and the shed door.  Meanwhile Will changed into different costumes between each door to give out candy to Julius.  I’m pretty sure Julius didn’t know they were all Will, because at one point (after getting some candy from the porch where Will was disguised as a wizard with a big beard) he said “that witch was kind of like Santa”.  And later, before we went into the house, he asked “is there still a witch in our house?”  So overall the door to door trick or treating was a success I think. 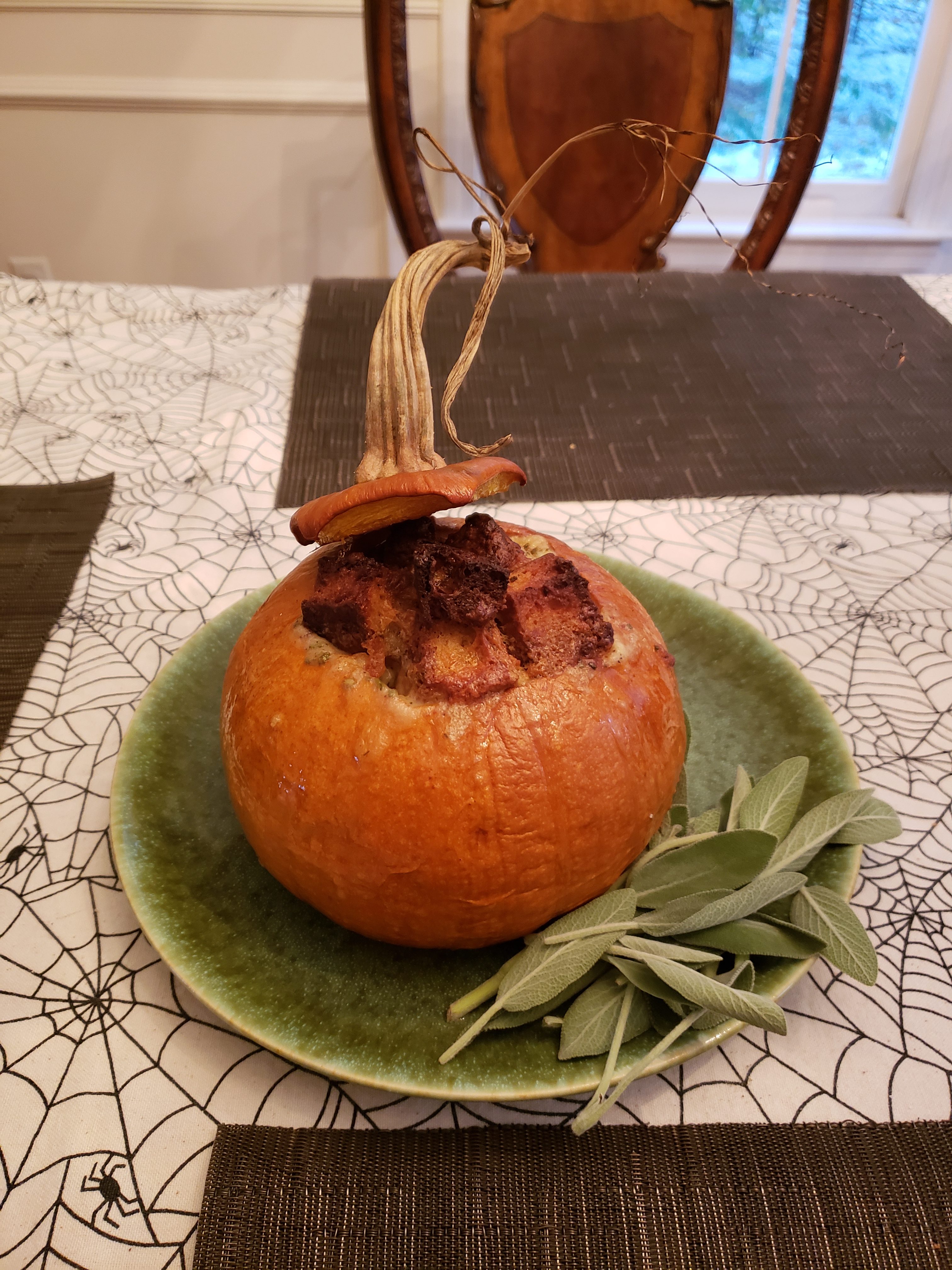 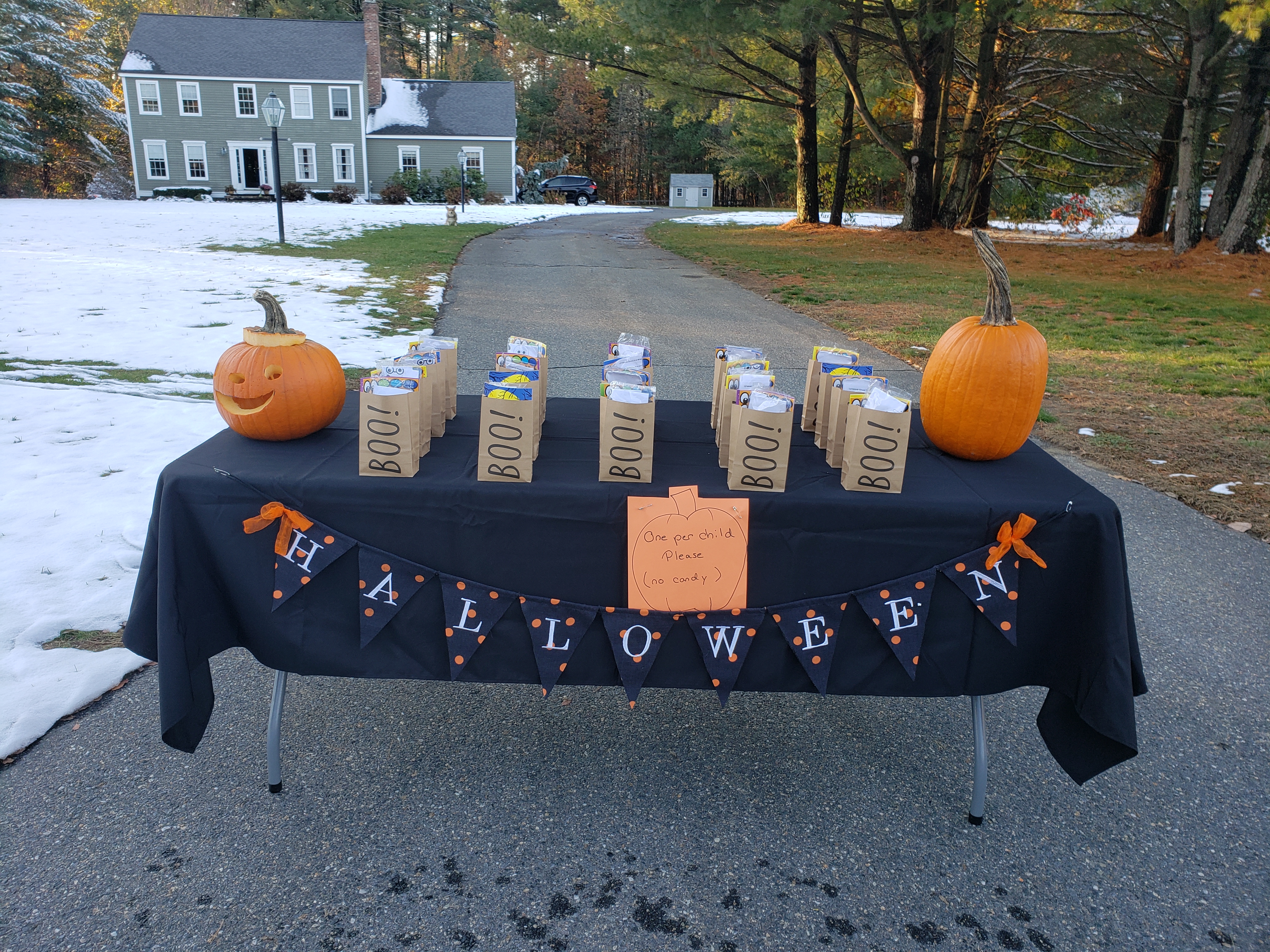 Our trick or treating set up 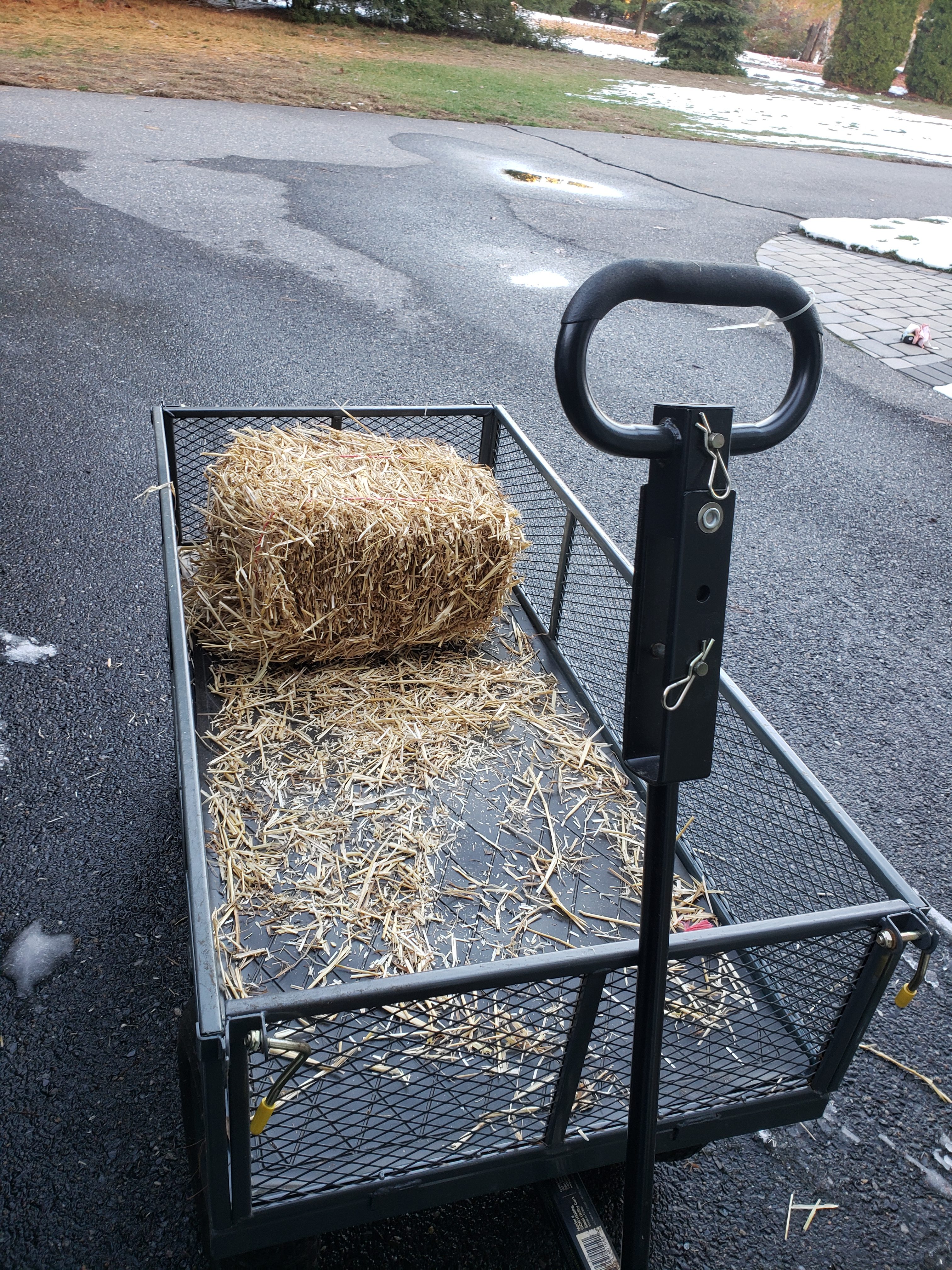 Getting ready for trick or treating 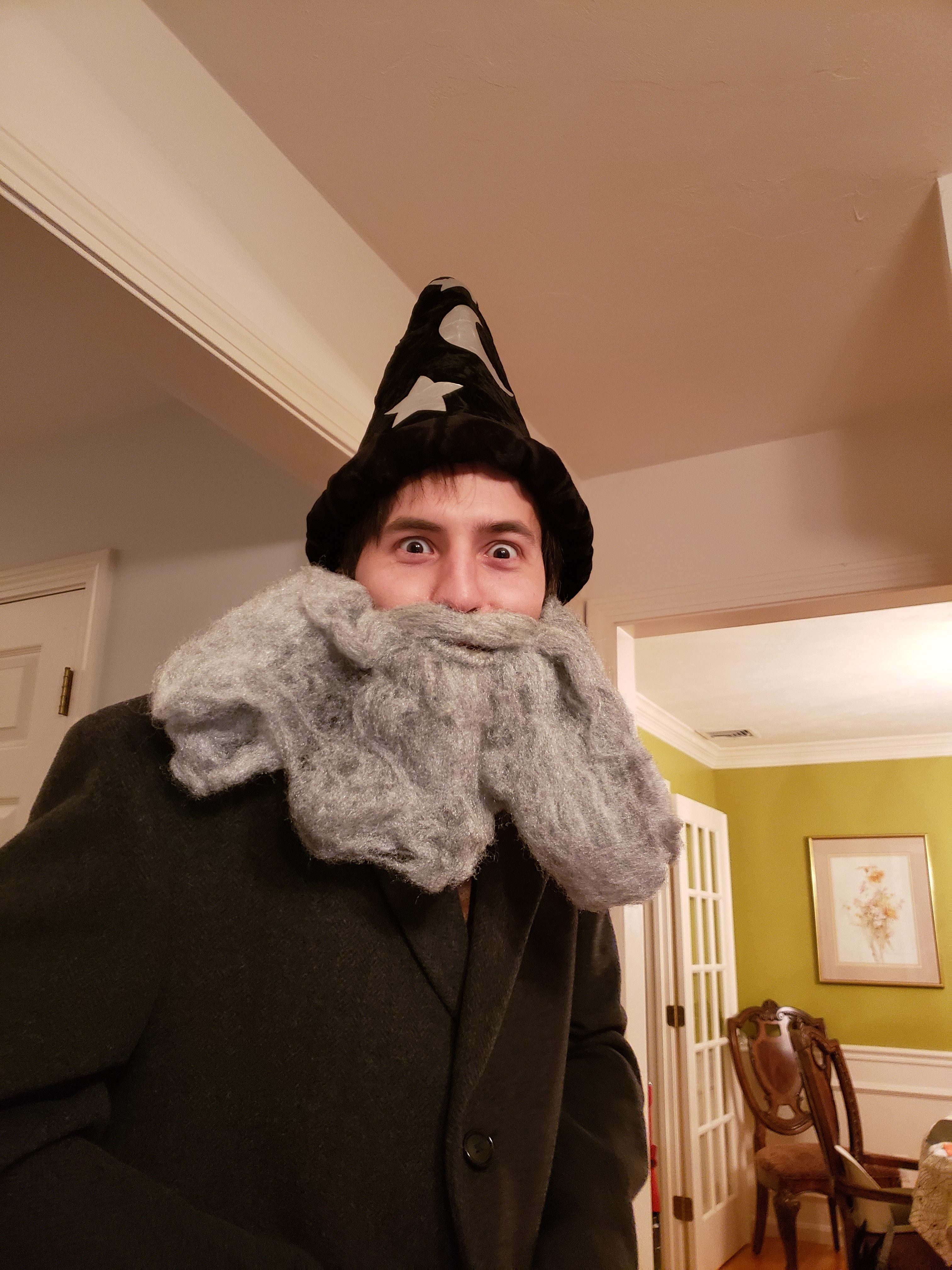 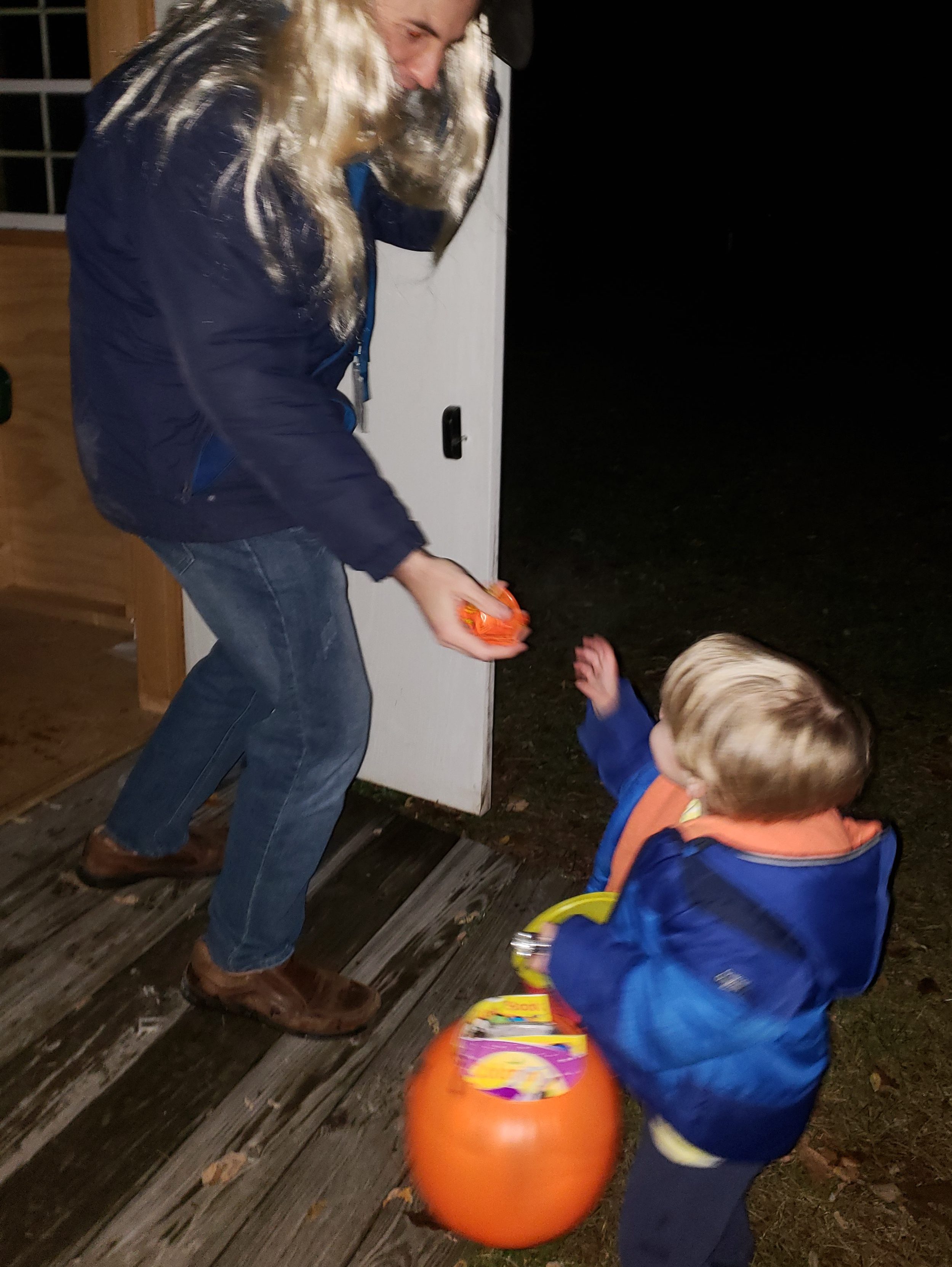 Terrible picture and probably the worst costume Will wore, but here is Julius collecting candy from the shed.

Do you know what else was a success??  The Colton Costume Contest!  I LOVE costumes (as you probably know) and I wanted an excuse to dress up in ours and see other people’s costumes.  Even on busy years we don’t get more than 8 or 9 trick or treaters, so usually my work Halloween party is where I get to see everyone dressed up in costume.  Of course our office is closed, so no Halloween party this year (and I wouldn’t have gone even if there was one).  That’s when it hit me!  What about a virtual costume contest?  I sent out an email to lots of our friends and family asking them to submit photos of themselves in costume by October 24th.  After the submissions were entered we sent out a link to all the costume pictures (in the order in which they were received) and a Survey Monkey poll to vote for a favorite individual costume, group costume and pet costume.  On Halloween we virtually announced the winners and gave out Amazon gift cards to the victors.  We got lots of notes from people saying that they loved seeing the costumes or loved the excuse to dress up – so I will rate the event a total success!  I think we probably will do it in future years because it allowed us to see photos of friends and family from far and wide!

What traditions did you start this year?

This entry was posted in Parties. Bookmark the permalink.